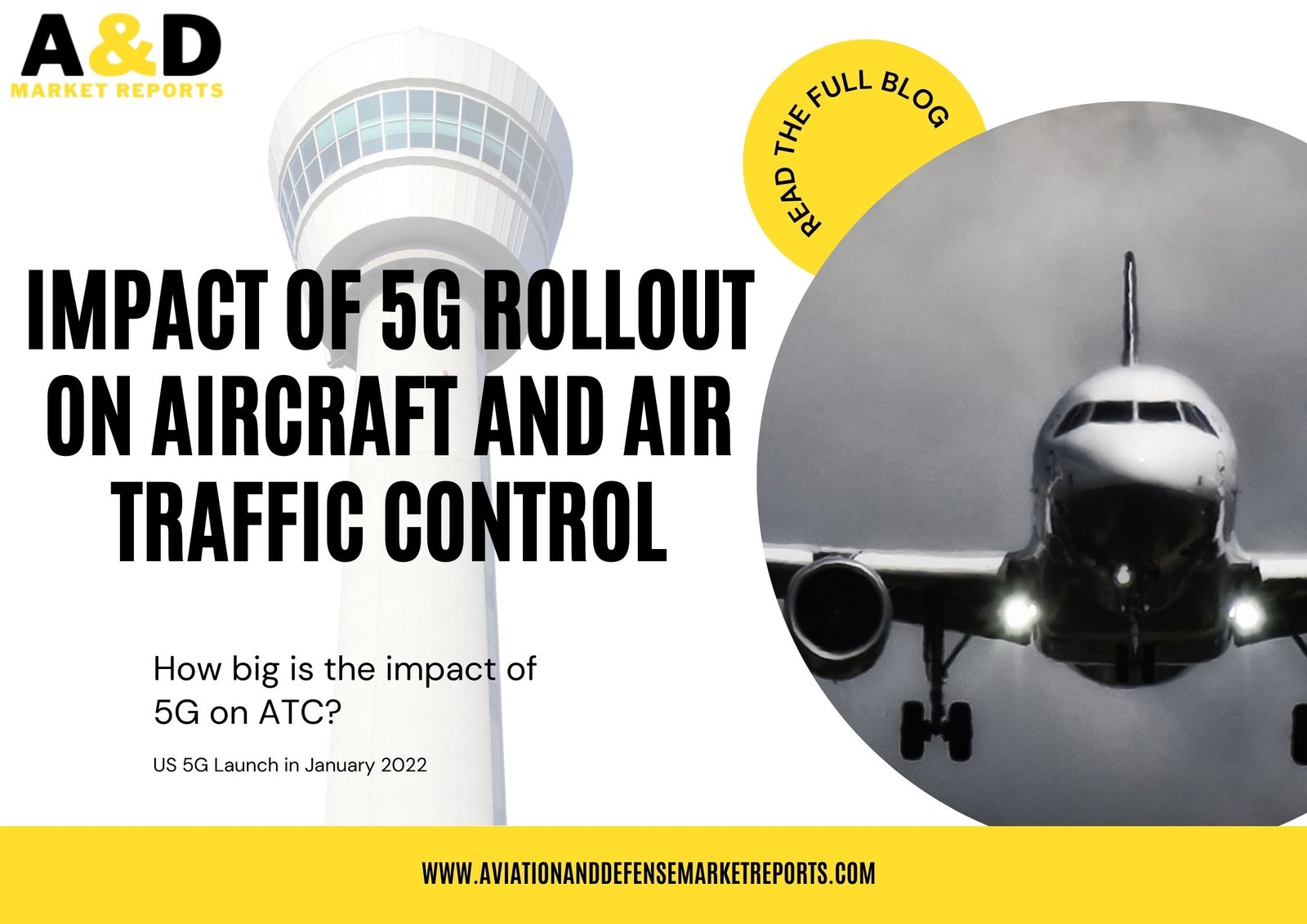 The FCC 5G rollout is expected to have an impact on a broad range of aircraft services, including commercial flights. The 5G technology operates on radio frequency that is similar to the ones used by aircraft radar altimeters. Commercial airlines frequently employ radar altimeters. Radar altimeter is a gauge that tells pilots how close they are to the ground. As a result, if there is any crossover, there is a risk that 5G may interfere with signals during a key phase of flight.

The 5G rollout may make it increasingly challenging for a pilot to land safely, particularly on days when the weather is less than ideal. Especially, if the radar altimeters were decertified because they were deemed risky, there could be days when the planes could not even make an arrival. Airlines for America conducted an internal study to examine potential 5G impacts. According to the study, about 3,45,000 passenger flights, 32 million passengers, and 5,400 cargo planes would be impacted by delays, diversions, or cancellations.

Planned 5G rollout in US

AT&T and Verizon aim to have their 5G rollout in US cellular services in 46 metropolitan areas across the United States from January 5, 2022, utilizing frequencies licensed by the Federal Communications Commission in 2020. However, in early December 2021, the Federal Aviation Administration issued an “airworthiness directive” mandating commercial and commuter planes to stop using radio altimeters when navigating in the area of 5G in defense interference.

The FAA directive emphasizes the usefulness of radio altimeters, stating, “Many operators require the ability to land in low visibility conditions.” These operators use specifically certified equipment and flight crew training to be able to fly closer to the ground without visual reference to the runway environment. Such operations can only be carried out using a radio altimeter to determine actual height above the ground. Pilots relying on fictitious altimeter data when on final approach, which means avoiding potentially disruptive 5G networks, is something the FAA is certain will not happen.

The directive will go into effect on January 4, 2022, the day before the AT&T and Verizon launch their 5G networks. As a result, the airworthiness requirement has the potential to delay up to half a million flights per year, causing airlines to cancel or reroute flights travelling to airports with nearby 5G cellular towers when conditions necessitate the use of altimeters.

The CEOs of the world’s two largest commercial aircraft manufacturers, Boeing and Airbus, have asked the Biden administration to postpone the launch of new 5G wireless services. According to recent reports, the FAA is collaborating with the US government’s communications agency and wireless carriers to ensure that the 5G rollout is carried out successfully.

Furthermore, the CTIA, a trade association for the wireless sector in the United States, claimed that any further delay in releasing 5G in the C-Band would hinder growth in the economy. The same source also mentioned there has not been a single report of 5G network triggering any form of hazardous interference with aviation traffic.

The CTIA also said that approximately 40 other countries, including Japan and Denmark, are already using this spectrum without difficulty. 5G transmissions operate in spectrum near to aviation equipment in some of these countries. In addition, US airlines fly in and out of these nations on a daily basis, with no reports of interference to date. There appears to be no solid scientific or engineering justification for a delay, according to CTIA CEO Meredith Attwell Baker, and there is compelling evidence to not encourage rapid deployment.

According to reports, cellular operators in Japan and Denmark have taken precautions to handle potential concerns, including lowering power levels and adjusting antenna angles to ensure noninterference with ATC. As a result, when Verizon and AT&T delayed their launch to January 2022 and chose to evaluate the changes for the next six months, they agreed to limit power levels from cell towers using this spectrum.

Expected Cost implications of the 5G rollout in US

Air mode of transportation is used to deliver supplies such as medications, vaccines, organs, key supply chain parts, and a variety of other high-value commodities that must be delivered on time. The failure of 5G telecom providers to take meaningful mitigation measures to resolve interference issues will cause major disruption.

Added freight operators anticipate that the FAA directive will not only cause significant disruption to airline operations, but will also cost USD 400 million per year. In addition, the yearly cost to passengers of travel delays is anticipated to be around USD1.59 billion.

With a few more days remaining for the 5G rollout in US, this space is gaining interest.