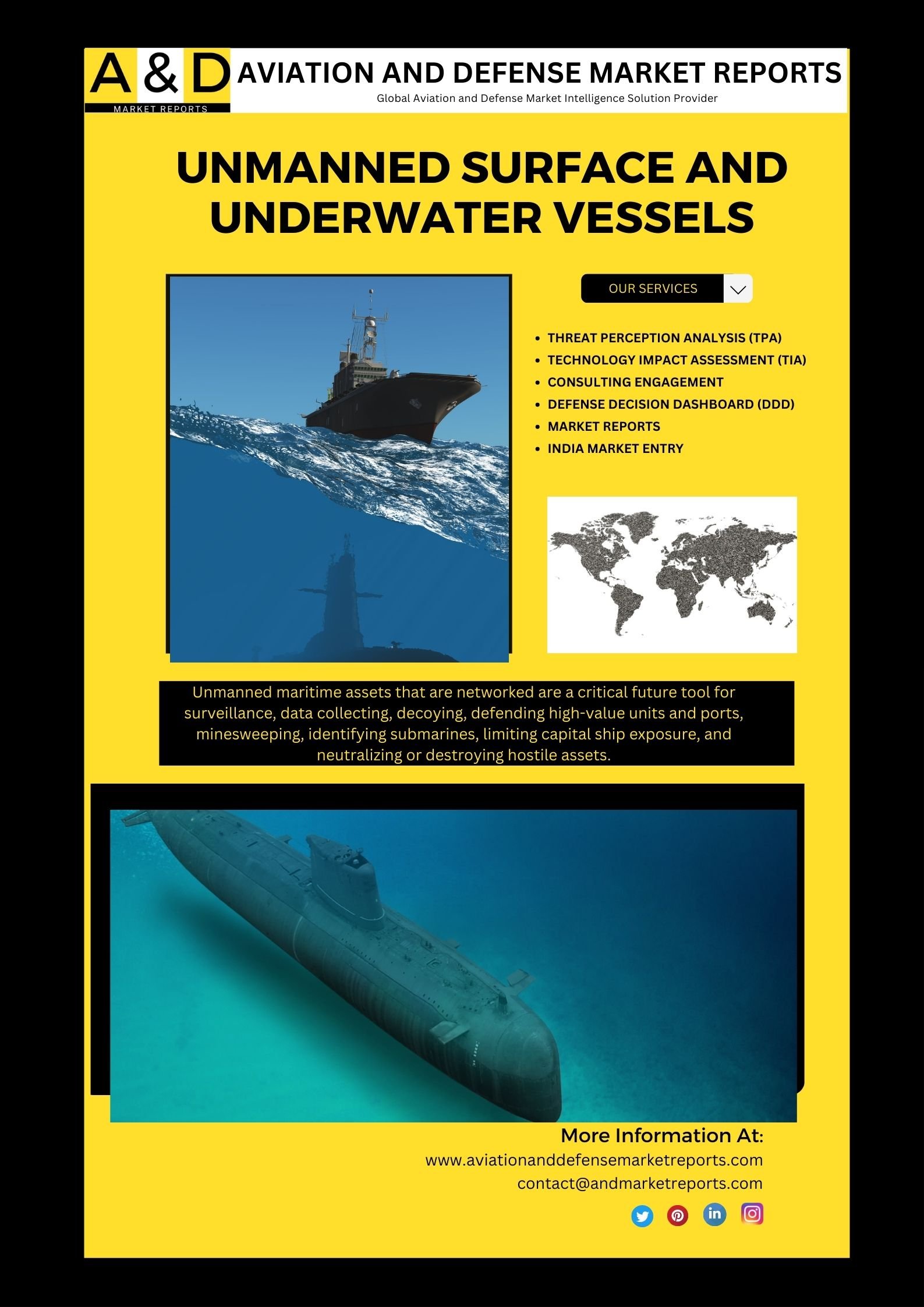 Threats and unlawful activities endanger coastlines and marine facilities. unmanned surface vessels are equipped with a variety of payloads, a command and control station, and advanced communication systems. The vessel is an excellent platform that meets all operational requirements.

Unmanned vehicles’ military roles and contributions have risen considerably over the last two decades, and this trend appears certain to continue. Unmanned surface vehicles (USVs), keep continuous, considerable contact with the surface and are not manned have garnered less attention and investment than unmanned vehicles that operate in the air, on the ground, or beneath the sea. However, autonomous surface vehicles have become increasingly crucial for military operations in recent years.

The technology that supports unmanned surface vessels is user-friendly. The vessel’s path is first charted out on a mobile device which is capable of determining its exact marine route speed and even behavior once its mission begins the vessel uses its navigation sensors to build situation awareness and to identify potential obstacles.

The majority of today’s USVs are built for non-lethal operations like survey, intelligence, surveillance, and reconnaissance (ISR), and mine countermeasures (MCM). Due to legal concerns or a lack of mature and tested autonomy systems, relatively few unmanned surface vehicles or unmanned surface vessels are currently outfitted with weapon systems and are controlled by operators. Maritime swarming technology is quickly capturing the attention of naval forces all around the world. Unmanned maritime assets that are networked are a critical future tool for surveillance, data collecting, decoying, defending high-value units and ports, minesweeping, identifying submarines, limiting capital ship exposure, and neutralizing or destroying hostile assets. USVs employ a variety of sensors to avoid impediments and navigate safely, including vision sensors, sonar, Light Detection and Ranging (LIDAR), infrared, and radar. Depending on the application format, these sensors can be employed alone or in conjunction with one another to compensate for the weakness of a single sensing application.

Without the need for external references, quantum inertial sensors can continually determine an object’s position, direction, and speed of movement. Because GPS cannot be utilized underwater, submarines and unmanned underwater vehicles (UUVs) require a valuable inertial navigation system. This criterion could be met using quantum navigation. Quantum sensors can also provide substantially more accurate information about prospective naval threats such as mines and anti-submarine warfare (ASW) capabilities. Submarines pose a significant risk if they are apprehended, the hazards are enormous, perhaps resulting in the loss of hundreds of submariners, billions of dollars in equipment, and a huge diplomatic issue, possibly even war. These technologies are substantially less expensive, and responses to unmanned platforms crossing a nation’s boundary are far less severe than those to manned warships. Currently, ASW is carried out by a combination of fixed-wing aircraft, helicopters, surface ships, and other submarines; but, these are not available in sufficient numbers and are limited in capability and endurance to monitor the ocean.

The Turkish military industry has conducted another test with the Albatros-S, a domestic armed unmanned surface vessel (AUSV). In prior phases of the project, tests were conducted in various herd architectures. The ability to automatically avoid barriers and approach the destination with a smaller herd was demonstrated in the first phase when navigation capabilities were at the forefront. The Albatros-S herd, working with Aselsan and Sefine shipyard joint produced Mir AUSV, intercepted the representative foreign boat in the second phase, when the joint mission capabilities with different AUSVs were proven.

The Royal Navy is looking for a prototype Uncrewed Surface and Subsurface Vessel (USSV) for maritime commando operations. The navy requires the vessel to move fast from the surface to below while performing surveillance, reconnaissance, electronic warfare, and strike operations. The multi-payload vessel should be connected to an open architectural network to function autonomously inside the naval strike network, which is made up of unmanned surface and undersea vessels. According to the procurement announcement, the low-signature, long-endurance USSV should operate day and night and be deployed from a variety of platforms.

USVs will become more capable as autonomous systems begin to fully exploit artificial intelligence (AI) breakthroughs. They would be able to carry out more complex missions with greater autonomy and support packages.