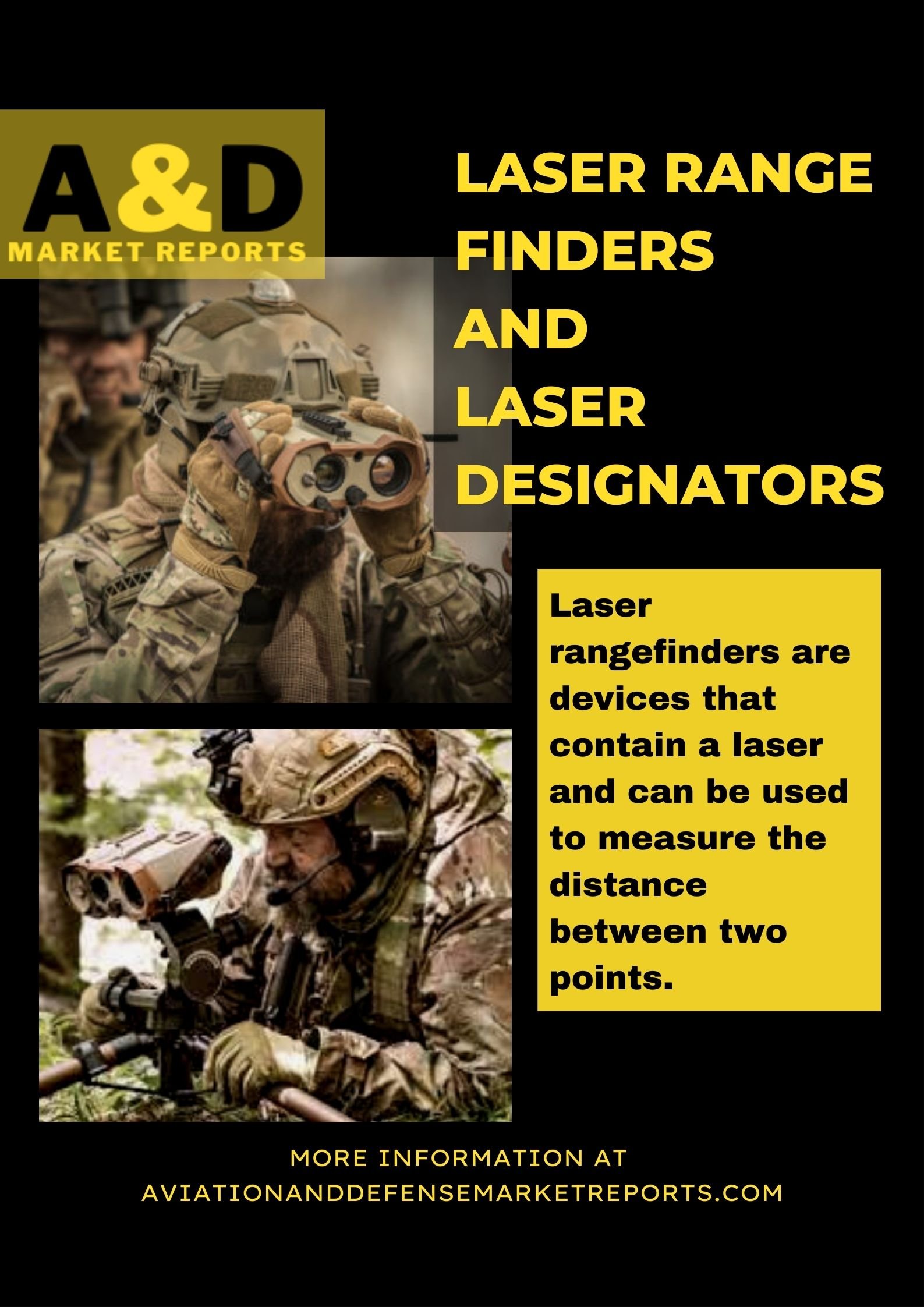 Laser rangefinders are devices that contain a laser and can be used to measure the distance between two points. A gadget like this usually uses either the direct time-of-flight method or the phase shift method. At the US Army’s Pitman-Dunn Laboratory in Frankfort Arsenal, Pennsylvania, the first artillery laser rangefinder was created using ruby. This gadget, dubbed the XM23, was the first of a broader family of rangefinders. Until the introduction of the M1 Abrams tank series in 1978, the well-engineered ruby laser rangefinder was installed in every main combat tank the US Army fielded. Although the ruby laser system was important in early research, the introduction of Nd:YAG as a lasant later allowed for quicker and cooler lasers to be integrated on the M1 Abrams and the conversion to M1A1 Abrams.

In laser range finders, the determined object distance is frequently displayed on a digital display. The fundamental advantage of laser distance measurement techniques over ultrasonic or radio and microwave frequency devices (radar) is that laser light has a significantly shorter wavelength, allowing for a much more concentrated probe beam and hence higher transverse spatial resolution. There are military instruments that can measure over distances of many kilometers or even tens of kilometers, for example, for reconnaissance. Even when utilizing an “eye-safe” wavelength, they may use fairly intense laser pulses with multi-millijoule energy, which are rather risky for the human eye. In a military application, a laser range finder (LRF) is used to determine the distance to the targeted target. Laser range finders for military applications have been built using a variety of laser sources. Solid-state lasers, semiconductor diode lasers, fiber lasers, and CO2 lasers are all examples.

In the tactical battlefield, a laser target designator is one of the most widely utilized pieces of electro-optical equipment. Anyone who uses the Laser Rangefinder correctly can reap numerous rewards. The most significant advantage is the ability to measure distances to targets with great precision, down to millimeters or centimeters if necessary. This tool will be helpful to a trained operator in both training and real-world missions where speed and accuracy are critical in defeating an adversary in potentially dangerous circumstances while keeping the crew safe.Laser rangefinders are a common piece of military equipment used by several defence forces across the world. Military rangefinders have a range of 2 to 25 kilometres and are used in conjunction with binoculars or monocular. Only a few rangefinders are capable of measuring target speed in order to transfer their measurements. Standard or rechargeable batteries are used in several handheld rangefinders. Rangefinders with a range of up to 25 kilometres can be mounted on a vehicle or a gun platform. The rangefinder module is sometimes used in conjunction with daytime and night vision equipment. The most modern and up-to-date rangefinders are computer-integrated.

Laser designators are generally used to designate a projectile’s target and then use the laser to assist the bullet in homing in on its intended target. Designators have several pulses and can be encoded to improve accuracy when used with the appropriate weapon. Typically, the mechanism is not activated until the projectile is nearing its final destination. This reduces the amount of time it takes for a targeted crew to notice it is being “painted” before the projectile hits its intended target. The AN/AAS38 LTD/R pod, which has two functions, can be carried by the F/A-18 C/D. Its laser designator serves as a terminal weapon guiding system for all LGWs, as well as a target designator for airborne coded laser acquisition/spot trackers (LSTs).

The LLDR (Lightweight Laser Designator Rangefinder) is a crew-served, long-range modular system that is man-portable, day-and-night, and all-weather. The LLDR allows war fighters to acquire, accurately locate, and engage targets with accuracy utilising GPS-guided and laser-guided munitions, as well as improve engagement effectiveness with unguided weapons.

The LLDR 2H (AN/PED-1B) combines a celestial navigation system and a digital magnetic compass to provide highly accurate target coordinates, allowing the Soldier to fire precision GPS-guided missiles. Fielded LLDR 1 and 2 systems are being retrofitted with the LLDR 2H precise targeting capabilities as part of a Modification of In-Service Equipment programme. The LLDR 3 will be a man-portable, crew-served, ground-based target identification device that will be capable of precise long-range target acquisition, target location, laser designation, and laser spot imaging in all weather conditions, day and night. It will be a modular, tripod-mounted target observation, location, and identification system for forward observers, scouts, and others to carry out “call-for-fire” missions, including precision-guided, laser-guided, and all other munitions. The LLDR 3 will also aid laser seeker-equipped aircraft in their pursuit of high-value targets. When the LLDR 3 is connected to a forward-entry system, it will send data to higher authorities.

Laser range finders and designators will continue to evolve and be utilized in the battlefield as their ease of operation and compact form factor makes them a critical component of the dismounted soldier and various airborne and naval platforms.