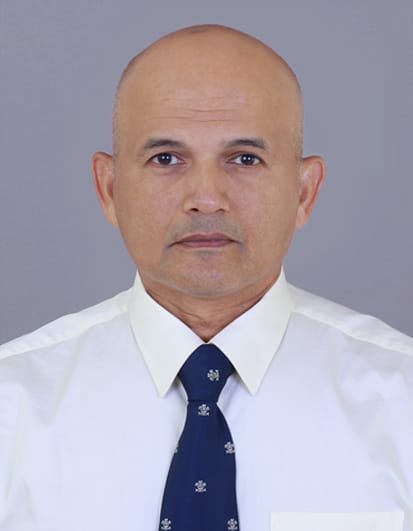 Commodore Benny Methala (Retd.) was commissioned into the Indian Navy in the year 1983. He has experience of 30 years with the Indian Navy modernization. Mostly in sea billets. Initially, he did a watchkeeping certificate stint on INS Godavari. The newest addition to the Indian Navy at that time was built at Mazgaon docks.

Subsequently, he did a stint at National Defence Academy, Khadakwasla as an instructor for two years. Later he completed the Navigation and Direction specialisation course at Kochi.

To his credit, he has worked in both the aircraft carriers of that time, INS Viraat and INS Vikrant intermittently for about five years. Subsequently, he went on to be the direction officer of INS Viraat, later navigating officer too.

In his, illustrious career, he was appointed as Commodore Presidents Fleet Review at Mumbai. Incidentally, in 2011 he organised the conduct of the review 2011. He did his last posting in charge of our Tactical Evaluation Group in Mumbai.

An Overview into Naval Platforms Segments

Naval warfare commenced about 3000 years ago. Transportation has heavily relied on navigable waterways before the arrival of railways. A fleet’s capacity to maneuver naval engagements was crucial to gaining control of marine warfare. The naval ships differ according to the functionality or role that each warship performs. These are aircraft carriers, helicopter carriers, submarines, corvette, coastal types, frigates, unmanned underwater vehicles, amphibious vehicles, assault support vessels, and auxiliaries on a global scale. The integration of technologies like Stealth, protection system, ship radar, etc facilitates is anticipated to boost the lethality of warships. The introduction of hybrid systems like amphibious vehicles allows the soldiers to have a multi-platform access thus increasing the lethality of the forces across land and naval platform.

The top ten worldwide navies account for around 46% of the total global naval budget. With a Naval Fleet of 777 warships, China has dominance over the global naval platform with the largest fleet. Russia secures the second-largest fleet with 603 warships. With a fleet of 492 warships, the North Korean fleet is the third largest followed by the United States with 490 warships. The Naval Budget allotment in the United States for the year 2020 was USD 207.1 billion. The change in geo-political environment has hereby led to a power struggle between China and the US. Both the nations have been amping their potential fleet in order to gain governance over the Naval platform.

Within a Naval Fleet, a corvette is the smallest rated warship. Coastal patrol craft, missile ships, and fast attack craft are among the modern corvettes. The design of these ships weighs an average of 500 to 2000 tons. On a global scale, Russia possesses the largest Corvette fleet with 85 positioned. China has the second largest with 72 Corvettes, followed by Indonesia and India with 24 and 23 corvettes. The United States has 21 corvettes under its Naval fleet. Global defense economies have also been investing in Unmanned underwater vehicles as well as unmanned surface vehicles. The growth in proliferation of this technology is poised to increase automation across the naval platform.  Amongst unmanned systems, autonomous underwater vehicles are anticipated to be a key growth segment owing to its application in high risk environment.

Another type of warship crafted in various shapes and sizes is the frigate. This category includes warships with one to two decks with batteries or carriage-mounted cannons. Ships that were too tiny to stand within the battle line were involved in the concept. China has the largest frigate fleet with 46 positioned, followed by Taiwan (22). Turkey has the third-largest frigate fleet with 16 in place, followed by Greece (13) and India (13).

After aircraft carriers and amphibious assault ships, modern cruisers are the largest ships in the navy. The United States and Russia are two countries that utilize operable cruisers equipped with guided missiles. The BAP Almirante Grau, used by the Peruvian marine until 2017, was the last Gun Cruiser in service.

Patrol boats are one of the most popular forms of support vessels used by Naval Forces everywhere. A patrol boat is for coastal security, aiding border patrol, immigration enforcement, and search-and-rescue missions. Sweden has the largest offshore patrol vessel fleet, with 297 vessels guarding the coast. Colombia has around 285 support patrol vessels, making it the second-largest fleet, followed by North Korea (250), Indonesia (179), India (139), and Mexico (133). China has around 123 patrol vessels.

The U.S Naval force had roughly 280 battlecruisers in 2018. In the course of a force structure evaluation in 2016, the naval facility set the 355-fleet aim. Between 2019 and 2048, they planned to build 301 battleships. It would be impossible for the U.S naval forces to maintain these criteria if they continued to retire ships. As a result, the military improved the current method to increase the service life of their destroyers from 30 to 45 years.

In contrast to the historical average of USD 13.8 billion, the yearly shipbuilding cost estimated for the 2020 plan is almost 50% greater. In 2019, it was speculated that the United States Navy would need to invest USD 631 billion to achieve the strategy for 2019-2048. The 2020 Naval Acquisition Plan is around 27% more expensive than the 2019 Naval Acquisition Plan. The current naval budget is 16% more expensive than the budget appropriations made during the Cold War.

The modernization of China’s PLAN (People’s Liberation Army Navy) has resulted in a massive increase in the naval forces’ fleet capacity. The Chinese navy in 1996 consisted of 57 destroyers and frigates. There were 335 battlecruisers in the Chinese navy as of 2019. The marine force grew at an exponential rate between 2014 and 2018. In the year 2016, China commissioned a total of 18 ships. In 2017, another 14 warships were appended to the fleet. If the current expansion rate continues, China will have a fleet of 425 battle force ships by 2030.