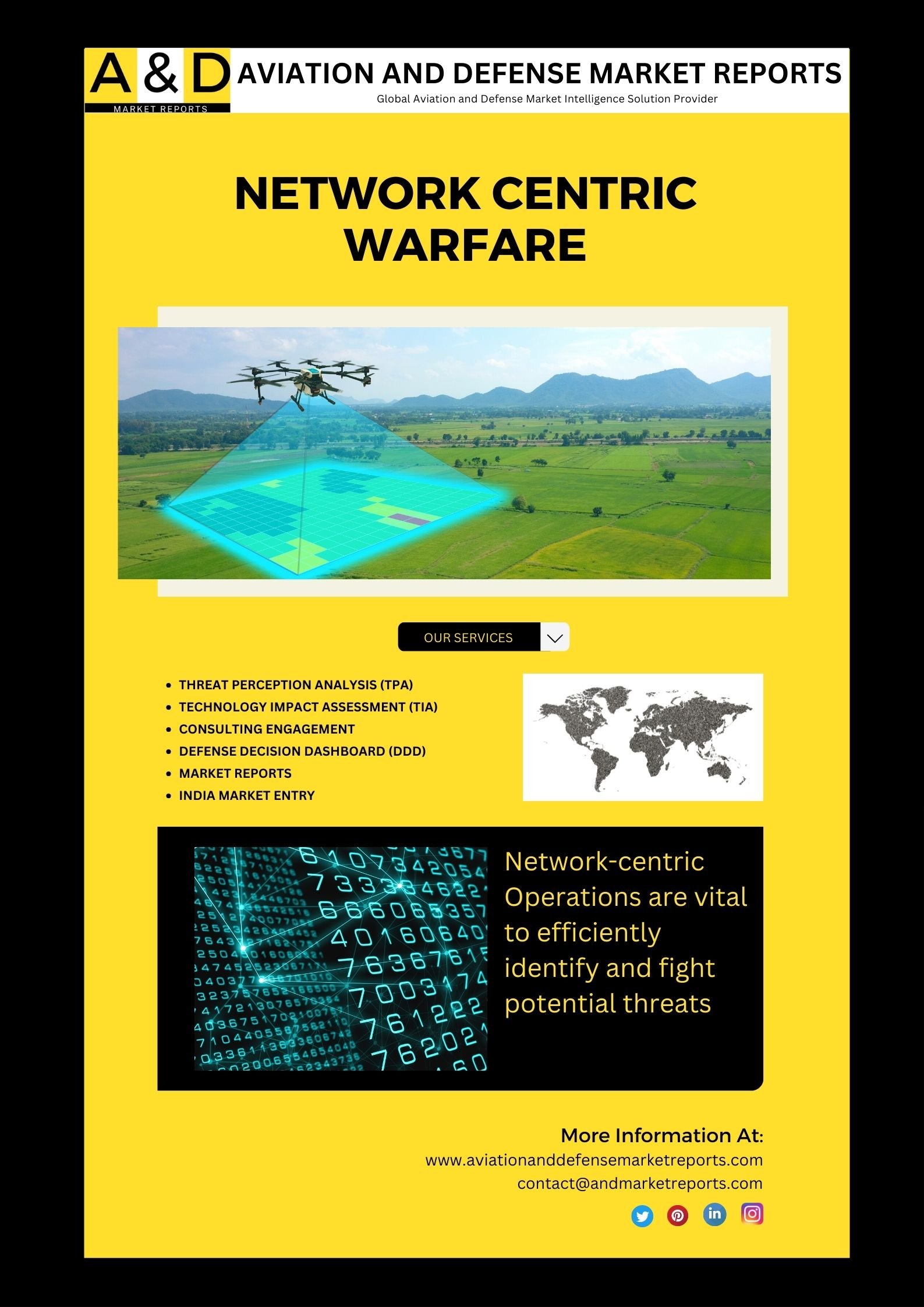 As per Defense Market Report, Network centric warfare, also known as net-centric warfare, is a military doctrine that seeks to convert an information advantage, enabled in part by information technology, into a competitive advantage through the robust computer networking of geographically dispersed forces with well-informed forces. Network Centric Operations are a critical component of military modernization planning. Network Centric Operations rely on computer hardware and networked communications technology to provide a shared understanding of the battle space according to Defense Market Report. With the proliferation of technology such as 4G and 5G, communication to and from the battlefield has drastically improved and has paved the way for the transmission of real-time data.

As per Defense Market Report, the foundation of any efficient network centric systems that smoothly integrates all networks/platforms is synergy in operations and interoperability of networked platforms. Trends in defense market reports state that the created network centric systems should be designed with an open architecture that can be integrated with internal security and civilian networks.

Transformation is an important component of US defense policy, and network centric warfare plays a key role in the US DOD’s force transformation process according to Defense Market Report. This transformation is built on a high-performance information grid that serves as a backplane for dynamic computation and communications as per defense market reports.

In accordance with defense market reports, instead of requiring multiple radio types in ground vehicles, the Joint Tactical Radio System (JTRS) aimed to replace existing radios in the US military with a single set of software-defined radios that could have new frequencies and modes added via upload as per Defense Market Report. The JTRS program couldn’t deliver the radio and was put on hold. The program was restarted, and many program elements remain operational. The DOD ordered $2 billion in JTRS for the Navy, Air Force, and NATO nations in May 2020. JTRS is believed to be one of the joint communication and network centric warfare programs that still has a long way to go as per defense market reports.

Defense Market Report states that the DoDIN is the Department of Defense’s (DoD) globally interconnected, end-to-end set of electronic information capabilities and associated processes for collecting, processing, storing, disseminating, and managing digital information on-demand to warfighters, policymakers, and support personnel, which includes owned and leased communications and computing systems and services, software (including applications), data, security services, and other associated services. It is critical because DoD operational missions rely on secure, efficient information technology and cyberinfrastructure according to Defense Market Report.

The present WIN-T Increment 1 End Of Life Technical Refresh effort is one of four improvements being made to WIN-T Increment 1. This endeavor increases capability while lowering equipment by one-third to improve unit agility. The WIN-T Increment 1B update is a continuously enhanced networking upgrade that increases network efficiency, security, and compatibility as per Defense Market Report. The Network Centric Operations Convergence Upgrade simplifies and decreases the number of network management tools that communications officers (S6s and G6s) employ to administer the tactical communications network, and the High Capacity Line Of Sight Radio Upgrade delivers a fourfold increase in throughput. Soldiers can use WIN-T Increment 2 program for maneuvering, firing, and intelligence from within vehicles according to defense market reports.

The Indian Ministry of Defense launched the Digital Army program in 2015, as part of which India constructed its first integrated Defense Communication Network. DCN is a strategic, highly secure, and scalable network centric systems with a pan-India reach – from Ladakh to the North East to the island territories – that would allow all stakeholders to share situational awareness for faster decision-making as per defense market reports. The Indian Navy already has a modest network centric warfare capability in place, with ships, fighter planes, and submarines scouting targets for other platforms to engage later. Platforms can use sophisticated sensors and equipment to locate targets suitable for engagement, as can submarines and possibly small surfaces, subsurface, and airborne drones as per defense market reports.