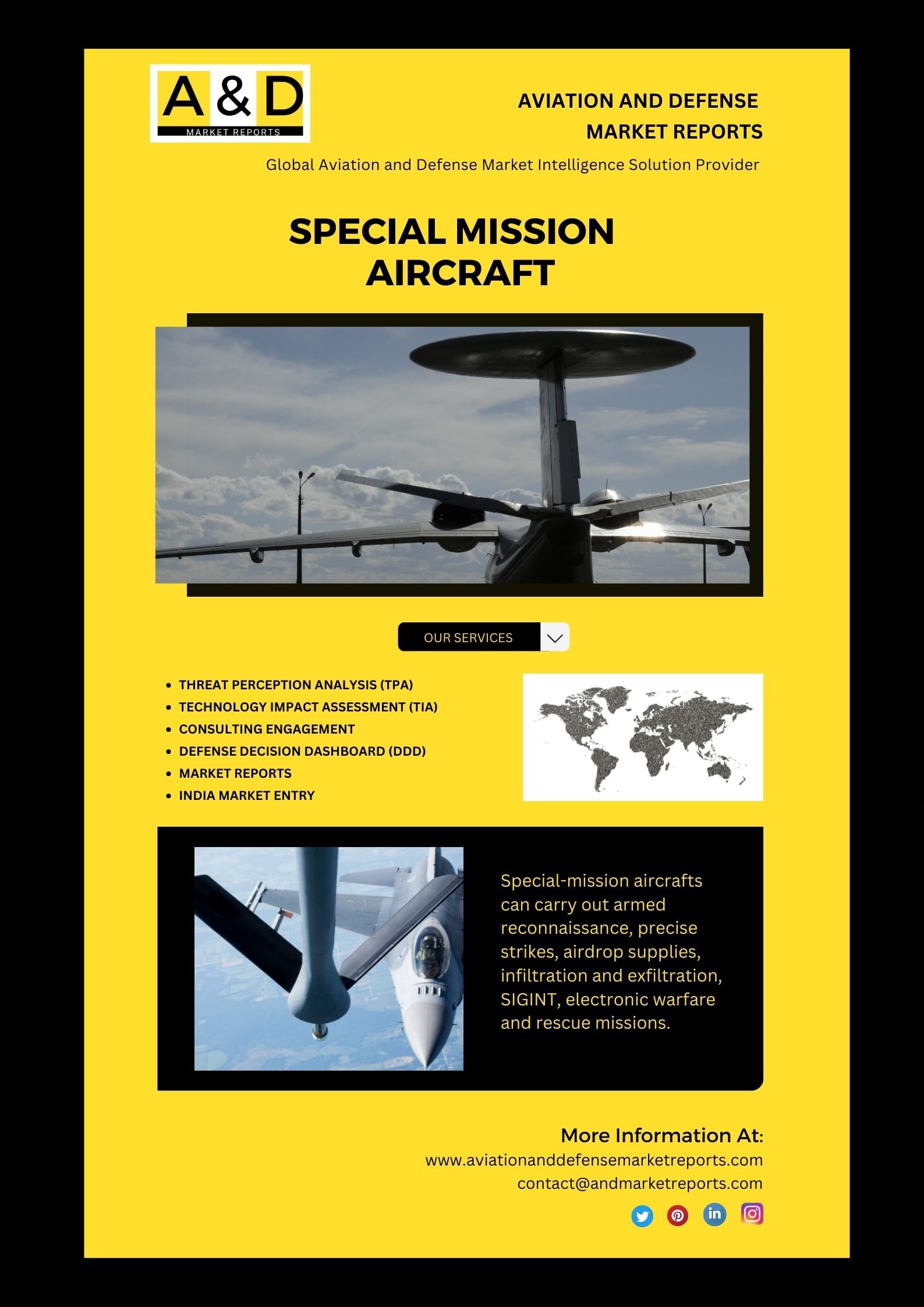 To fill capability shortfalls, the Indian Air Force (IAF) intends to lease airborne early-warning aircraft. Until the IAF receives new aircraft from indigenous sources, the leased aircraft will be operated. These special mission aircraft will be of IAF to achieve air dominance.

As per Defense Market Report total of 68 E-3 Sentry AWACS were built during the cold war, with the U.S. Air Force purchasing half of them and NATO and other allies overseas purchasing the other half. It is believed that E-3 is too old and some new threats can’t be successfully tracked by the E-3 Sentry, making it less relevant as per defense market reports. The USAF intends to swap out the E-3 with a more powerful version of the E-7 Wedgetail special mission aircraft that Boeing made for Australia and South Korea. The E-7 is another radar aircraft like the E-3. Wedgetail doesn’t have the mechanically rotating radar of the E-3. Instead, it has a “multirole electronically scanned array” on top of its fuselage that detects a wider range of airborne threats at a larger range without the need for moving parts. Additionally, Defense Market Report states that the Wedgetail gathers electronic intelligence over a range of more than 500 miles using its radar antenna.

As per defense market reports, ISTAR is a special mission aircraft that uses sophisticated processing, integrated onboard sensors, and artificial intelligence to deliver vital information to the military ground and air operators.

Defense Market Report state that Nigeria has signed ISR aircraft and UAV contracts. The Nigerian Air Force has chosen the Beechcraft King Air 360i and Da-62 for its ISR needs. Under the DTTI effort, India and the United States are cooperating on the Intelligence, Surveillance, and Target Acquisition & Reconnaissance (ISTAR) program. The special mission aircraft will serve the needs of IAF’s ISR requirement. Bombardier platform will be incorporated with sensors and technologies from Raytheon as per defense market reports. The US and Royal Air Forces both use it. The plan calls for the US to sell one ISTAR aircraft to India and for both countries to work together on sensor research to replicate a similar capability in India.

Defense Market Reports state that unmanned air vehicles (UAVs) with the capacity to take off and land vertically are being developed by Korean Air and Airbus Helicopters for the South Korean military. The VSR700 is an intelligence, surveillance, target acquisition, and reconnaissance (ISTAR) rotary wing special mission aircraft being developed by Airbus that can operate independently from naval warships.

The Moroccan Army is receiving more than 100 WanderB and ThunderB unmanned aerial vehicles (UAVs) from Israel’s BlueBird Aero. Numerous ThunderB and WanderB unmanned aerial vehicles (UAVs) have been bought by the Royal Moroccan Army and are being utilized for artillery spotting, border security, law enforcement, convoy and troop protection, and intelligence, surveillance, targeting, and reconnaissance (ISTAR) as per defense market report.

Defense Market Report suggests that the L3 Technologies RC-135W Rivet Joint Airseeker operated by USAF will be supported by the UK and the agreement has been renewed. The RC-135W Rivet Joint is a specialized electronic surveillance aircraft that may be used for both tactical and strategic tasks in all theatres. It functions by detecting, identifying, and geo-locating signals across the electromagnetic spectrum utilizing its sensors as defense market reports.

Defense Market Report states that theY-8JB special mission aircraft was used by the Chinese military for maritime surveillance missions. Both the PLAAF and PLANAF now use the Y-9JB. The SIGINT/ELINT aircraft has little official information available. The aircraft is equipped with a variety of characteristics, such as ESM antennas installed on the wingtips and the tail, possible ELINT arrays on the rear fuselage, and HF antennae strung from the tail. Under the fuselage is also where the EO/IR turret is located as per defense market reports.