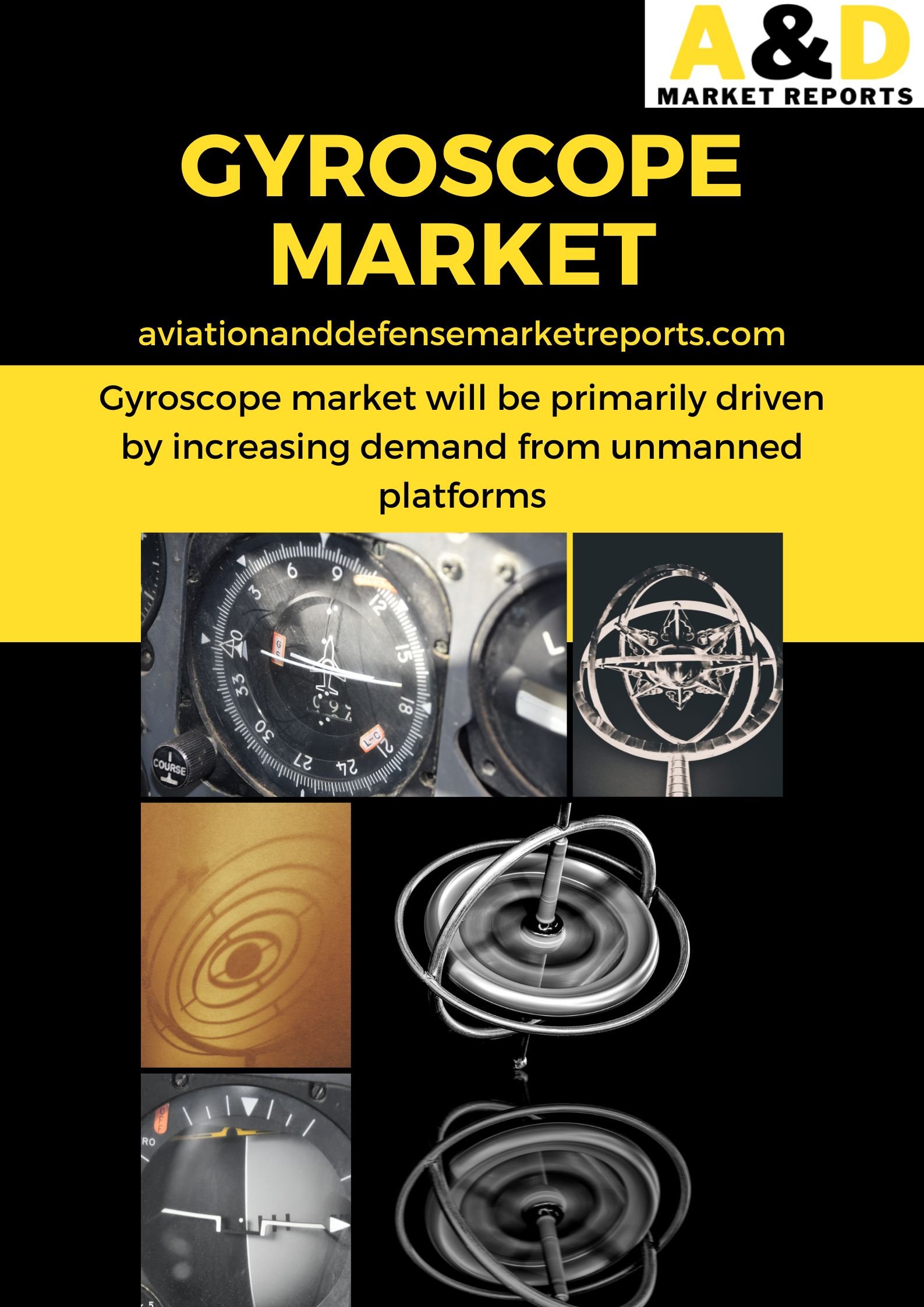 A device used to determine or maintain orientation and angular velocity is a gyroscope. It is a rotating wheel or disc where the axis of rotation is unrestricted in its ability to take on any orientation. According to the law of conservation of angular momentum, while the mounting is rotating or tilting, the orientation of this axis is unchanged. Other operating-principle-based gyroscopes are also available, including the very sensitive quantum gyroscope, solid-state ring lasers, fiber optic gyroscopes, and MEMS gyroscopes packaged on microchips that are used in electronic devices. Gyroscopes are used in inertial navigation systems on ships, aircrafts, unmanned vehicles, missiles, and weapons. Motion sensors called Micro-Electro-Mechanical System (MEMS) gyroscopes can track and quantify an object’s angular motion. One, two, and three axes are used to measure how quickly an object rotates around each axis. Although they were primarily utilized for pricey military purposes, they are now also being embraced for low cost commercial applications Automotive and Defense applications. Many of the present systems using Ring Laser Gyros (RLGs) and mechanical gyroscopes are being replaced by MEMS and optical gyroscopes, particularly Interferometric Fiber-Optic gyroscopes (IFOG). However, applications demanding extremely high scale factor stability remain to be only possible with RLG among optical gyroscopes.

Advanced fiber optic navigation technology is essential for ground, air, and space vehicles, missiles, and aircraft. For safe operation, these devices and other platforms rely on fiber optic gyroscopes. The Sagnac effect is used by a fiber optic gyroscope to identify changes in position or direction. An optical gyro works similarly to a mechanical gyro in this way. The optical gyro, on the other hand, works by employing light that travels through an optical fiber coil. An optical fiber that has been spooled up carries laser light pulses inside a conventional optical gyroscope. There are both clockwise and counterclockwise pulses. The gyro detects minute variations in how these pulses reach a sensor, which are used to measure rotation. Smaller optical gyros have been made an attempt at by researchers. However, as the gyro gets smaller, the signals coming from its sensor get weaker and weaker until they are completely masked by background noise from scattered light. By removing noise sources, a new kind of hollow-core optical fiber increases the stability of light-based gyroscopes by up to 500 times. Next-generation civil navigation systems may benefit from the deployment of devices based on these so-called node less anti-resonant fibers if they are tuned. A pair of laser beams travelling in opposition around a single fiber-optic coil is the basis of fiber-optic gyroscopes (FOGs). The beam travelling against the direction of rotation will experience a somewhat shorter path if the reference frame of the beams is not inertial, or if the gyroscope is rotating.

Gyroscope sensor monitors change in missile pitch, roll, and yaw. In order to stabilize the flight of a missile, at least two gyros are required. Deviations are measured from a fixed reference line that is established by each gyro. One such reference is the vertical gyroscope’s spin axis, which can be used to measure deviations from the pitch and roll axes. MEMS gyroscopes offer precise data feedback to seeker stabilization systems, autopilot/flight controls, and roll controls to enhance the performance of rocket boosters on tactical missiles. These devices provide outstanding vibration performance, low angle random walk, and higher gyro bias stability in small designs.

Apart from the above mentioned applications, there is a significant demand for gyro stabilized cameras on manned and unmanned defense platforms. Unmanned vehicles are proliferating in the air, on land, and at sea, and they offer a massive array of sensors and sensor processing that, when combined, might give military forces some of the most in-depth intelligence data. For this new generation of linked unmanned vehicle sensor payloads, electro-optical sensors like infrared sensors, visible-light cameras, multispectral sensors, and hyper spectral sensors are some of the key enabling technologies. Compact multi-sensor gyro-stabilized surveillance systems are in high demand for platforms with limited weight, power, and footprint, such as unmanned aerial vehicles (UAVs). There are a variety of unmanned EOIR gimbals available, with prices and performance varied. For drone, UAV, UAS, unmanned aerial vehicle, land, and marine applications, an all-weather, tough micro small gimbal imagery is rock-steady stabilized on all axes to guarantee stability even while it is moving. Due to their high versatility, optical telescopic telephoto zoom is featured in both the EO channel and the thermal. Iran, Iraq, Russia, South Korea, the United Arab Emirates, Turkey, and even Taiwan have all begun to engage in domestic drone development programmes. These initiatives aim to create highly advanced drones with lethal capabilities. Hence the unmanned segment will significantly influence the Gyroscope market in the years to come.