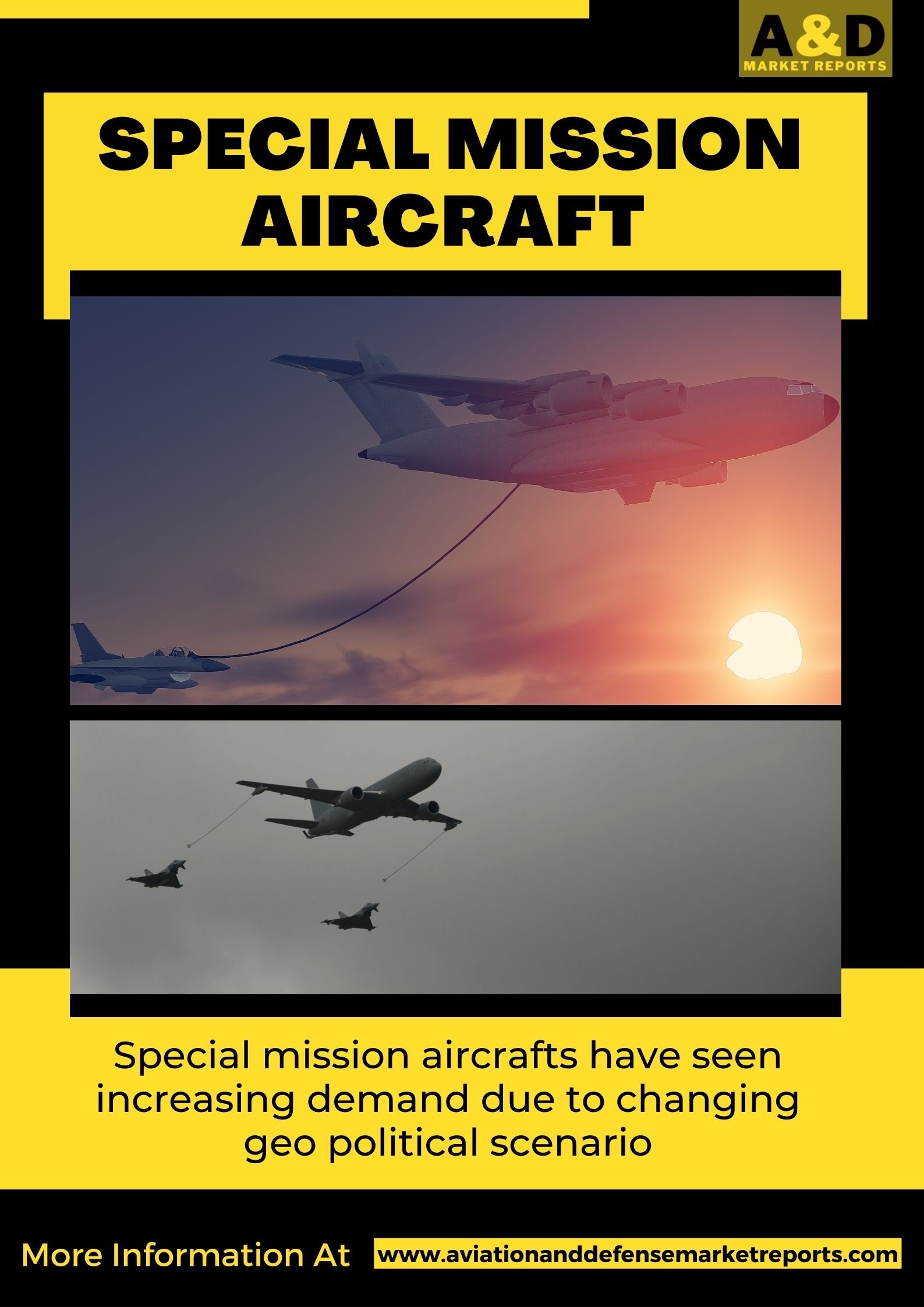 Special mission aircrafts are used for a variety of purposes such as surveillance, maritime patrol and electronic warfare. The dynamic geo political scenario calls for precise intelligence data that can be vital in decision making. Special mission aircrafts today are capable of handling high volumes of data and communication. Now ordinary aircrafts are redesigned to carry out a variety of tasks. With constant innovation in the field of electronics and communication, various payloads can be added on to special mission aircrafts to perform a wide range of operations.  The need of the hour for retro fitting existing aircrafts is light weight and compact components such as mission management systems, radar and high resolution electro optical and infrared devices. Any platform can be altered as per the need of the specific customer. Today a single special mission aircraft can perform the function of multiple aircrafts and provide sensor to shooter data through a single platform.

Maritime patrol aircrafts can conduct anti-submarine warfare (ASW), anti-surface warfare (AsuW), intelligence, maritime patrol, and surveillance and reconnaissance missions. Aircraft such as P8 Poseidon and ATR-72 are some of the maritime patrol aircrafts that are operated today. Maritime Patrol aircrafts can carry light weight torpedoes and anti-ship missiles. Magnetic anomaly detectors and powerful 360 degree radars are also an integral part of maritime patrol aircrafts. The indigenously developed Kawasaki P-1 of Japan has improved features over the P-3C, including quicker speed, longer range, and more carrying capacity made available by the most recent technologies. It was newly built and constructed domestically, including its airframe, engines, and patrol equipment. These capabilities allow for extended hours of sea patrolling in the vast waters surrounding Japan.

The aircraft is believed to the first to feature the fly by optics system which is advanced when compared to the fly by wire system. Fly by optics system uses fiber optic cable instead of metal. This decreases electromagnetic disturbances to the onboard sensors. As part of a general relaxation of Japanese military export restrictions, export clients are also being sought for the type. The Kawasaki P-1 is a four-engine, specifically designed maritime patrol aircraft. Under the low-set wings of the P-1 are four podded IHI F7-10 turbofan engines. The Toshiba HPS-106 active electronically scanned array (AESA) radar, which employs a total of four antennas to provide 360-degree coverage, and infrared/light detection systems for surface detection are among the sensors that the P-1 is equipped with to enable the aircraft to carry out its primary purpose of detecting submarines and surface vessels.

AWACS aircrafts are used to detect, identify, track and intercept airborne threats. These aircrafts are capable of detecting hostile aircrafts operating at very low altitudes over any terrain. These aircrafts also identify and control friendly aircraft in an airspace. Given that aerial theatres cover hundreds of thousands of square miles, there are many dynamic assets in play, both friendly and enemy, and they are flying at extremely high speeds, this is by no means an easy undertaking. The US air force will be replacing the 40-year-old E-3 airborne warning and control aircraft with Boeing E-7 Wedgetails. The AEW&C provides the most cutting-edge, modern airborne moving target indicator capabilities (AMTI) available today, which is a crucial enabler to surveillance and air dominance.

The AEW&C’s radar, which is based on a Boeing Next-Generation 737, has a full 360-degree surveillance capability with sector emphasis and other approaches to dynamically respond to developing tactical scenarios. Sector emphasis increases the detection range without requiring the aircraft to fly closer to potential threats. The AEW&C, which is completely interoperable, moves battle management to the tactical edge of the battle zone. The mission processing capability analyses crucial data with minimal to no delay during all phases of threat engagement and offers real-time analytics for targeting. The aircraft’s capacity to withstand threats is increased by the use of programmable flares and chaff. Overall running expenses are expected to be 66 percent lower for the AEW&C than for the E-3 AWACS, and fewer aircraft and personnel are required to offer the improved capabilities as a result of the AEW&C’s greater operational capability.

Surveillance aircrafts have multiple sensors to detect and identify enemy assets. These aircrafts have COMINT and ELINT sensors along with multispectral long range electro optical sensors. The primary objective of these aircrafts is to track detect and track enemy assets and gain electronic and communication intelligence. These aircrafts also have powerful SATCOM data links to share real-time data. The U-2S is a single-seat, single-engine, reconnaissance and surveillance aircraft that can carry large sensor payloads to extreme altitudes and maintain them there for extended periods of time. It can provide signals, imagery, electronic measurements, and signature intelligence. A wide range of pictures may be collected by the U-2, including multi-spectral electro-optic, infrared, and synthetic aperture radar products that can be delivered or stored for later use by ground exploitation centers. Additionally, it supports the optical bar camera’s high-resolution, wide-area synoptic coverage, which produces conventional film products that are developed and examined after landing.