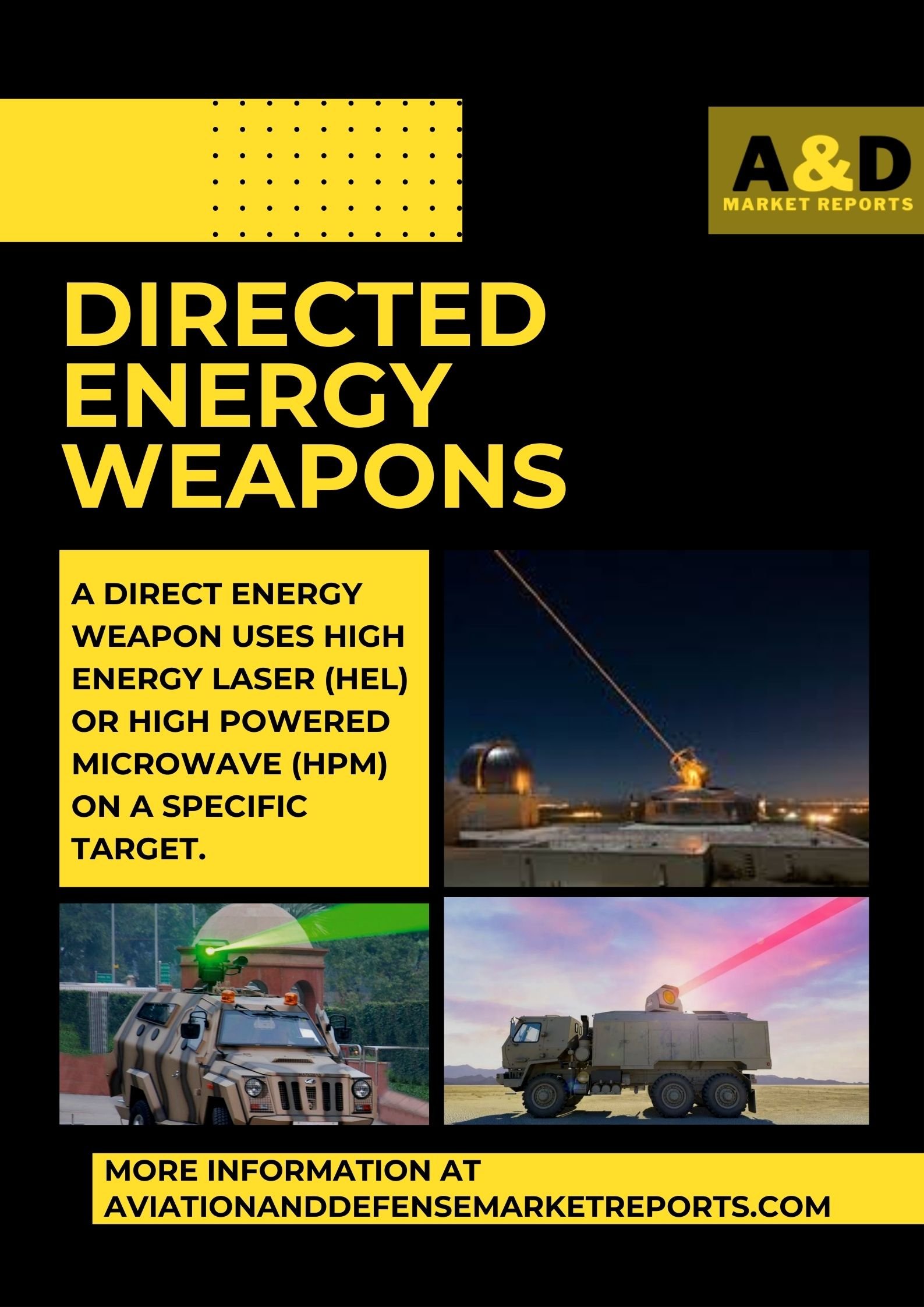 A Direct energy weapon uses high energy laser (HEL) or high powered microwave (HPM) on a specific target. Both these weapons can be lethal or non-lethal. HELs and HPMs are used to either warn an intruding target or destroy it. HPMs characteristics makes it suitable for non-lethal application such as crowd control and lethal applications such as destroying multiple incoming enemy UAVs. HPM’s ability to knock out all electronic systems in a given range also require shielding of friendly equipment. DEW development is driven by advancements in supercapacitors. The key characteristic of supercapacitor to charge and discharge quickly is vital for DEW. DEW requires quick dispersal of energy to inflict considerable damage on its target. Rapid development in technology could give rise to man portable DEW in the near future.

The unique selling points of DEW are Fast engagement time and low “cost per shot”. Firing a DEW involves just the energy generation cost, whereas a conventional missile or a projectile involves costs such as cost of the munition, handling, transportation and occupy a signification amount of space. Many nations such as US, Russia, China, India, UK, Iran and Turkey have all developing DEWs.

Apart from HEL and HPM, One of the other form of DEW under development is the Railgun or Electromagnetic gun. The gun uses a pair of parallel conductors along with a sliding armature which is accelerated by electromagnetic effects.

Some of the critical advantages are (Lasers travel at the speed of light), unhindered by gravity (conventional projectile’s trajectory is affected by gravity), low cost per kill or cost per shot, silent and undetectable, Modular and Scalable. These advantages far outweigh the limitations of DEW. With increasing modes of threats and decreasing defence budgets, DEWs appear to be a cost effective alternative to conventional missiles that are currently deployed for intercepting incoming threats to a platform. Furthermore the comparative research and development when compared to conventional systems can be lesser since DEWs can be adopted and deployed on any platform as far as the power input requirements are satisfied.

HELs and HPMs can be used to damage and destroy electro optical systems such as night vision systems and Laser Range finders. Laser entering these systems could burn the sensors and circuits thereby rendering the equipment useless. All this can be done undetected.

Though DEW research and development funds were limited during the 80s and 90s, it was predominantly due to the lack of technology and hardware that was available. With rapid technological development in the field of capacitors and chip fabrications, DEW have become a reality rather than a science fiction. At present most of DEW has been counter UAVS/ Counter drone operations which require lesser power and shorter operational range. Progress is being made 300kW lasers. In 2020 the entire DEW market was estimated to be $15 billion.