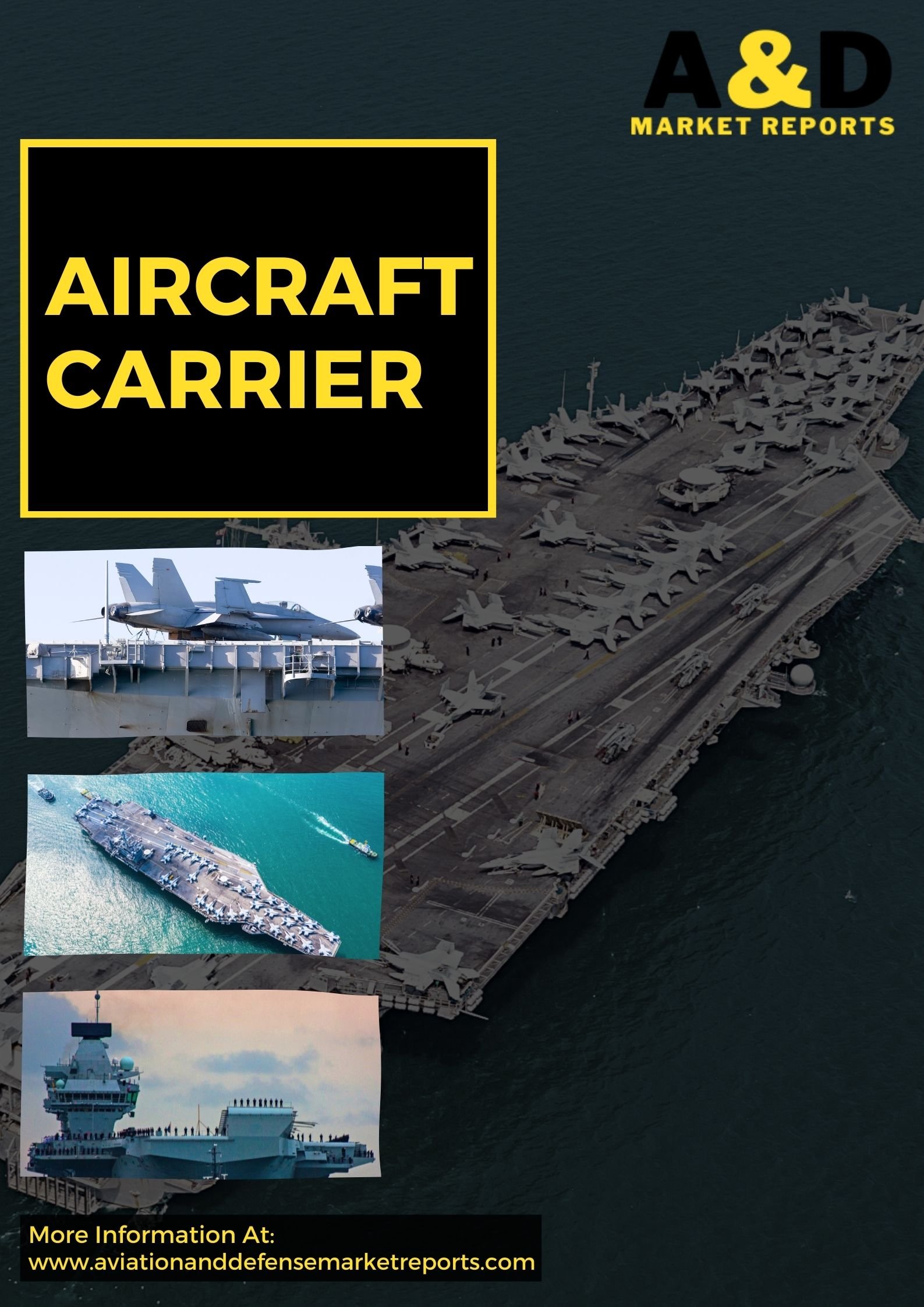 The battleship’s position as the capital ship of the fleet is now filled by aircraft carriers in modern fleets that use them. As per defense market news a battleship could launch hundreds of shells of a large caliber at a target, with perhaps a dozen hits. Typically, they had a maximum range of no more than thirty miles. However, aircraft that were launched from aircraft carrier was capable of correctly delivering “smart weapons” at a distance of more than 100 miles. As a result, defense sector experts suggest that the aircraft carriers could carry out the battleship’s original task of devastating an opposing fleet at a longer distance and with higher precision. A carrier battle group is formed to protect unaccompanied carriers from attack by other vessels, aircraft, submarines, or missiles as per Aviation and defense vertical news.

According to defense market news, the USS Doris Miller, the fourth carrier in the US Navy’s next-generation fleet, is now formally under construction. Huntington Ingalls Industries (HII), the principal contractor for the new warship, was given a contract to construct two carriers, the first of which is this second valiant ship. As per defense industry professionals, the ship will be built inside of its Newport News facilities and will also eventually build the upcoming USS Enterprise (CVN-80), for which a deal was announced in January 2019. Keel laying for the USS Doris Miller is scheduled for 2026, with full delivery to the US Navy following in 2032 as per A&D market trends.

According to defense sector experts, the Queen Elizabeth Class aircraft carriers are the largest warships ever constructed for the Royal Navy, with a displacement of 65,000t. HMS Queen Elizabeth, the first ship in the class, started its sea trials in June 2017 and was commissioned in December of the same year. In December 2019, HMS Prince of Wales, the second carrier, was put into service. As per defense market news, the Carrier Strike Group 21 (CSG21leader )’s ship, HMS Queen Elizabeth, finished a seven-month first operational deployment in December 2021 after travelling through three oceans and five seas.

On June 17, 2022, defense sector experts said that the Jiangnan Shipyard of the China Shipbuilding Industry Corporation (CSIC), near Shanghai, launched Fujian, China’s third warship. Its name comes from the Fujian coastal province, and its full-load displacement is greater than 80,000t. China’s most technologically advanced warship is reportedly Fujian. As per defense market news, it will also be the first warship in China to launch aircraft from the deck using an electromagnetic catapult rather than a ski ramp system according to A&D vertical news.

With a total length of roughly 284 metres and a maximum beam of about 60 metres, Vikramaditya, is about the length of three football fields combined amongst other aircraft carriers. According to defense industry trends, the 44,500 tonnes giant steel structure is roughly 20 stories tall from keel to tallest point. There are 22 decks in all on the ship.  According to defense industry trends, the can operate up to a range of nearly 7,000 nautical miles, or 13000 kilometres, because to her capacity of more than 8,000 tonnes of LSHSD.  She is powered by eight next generation boilers with a combined output power of 180,000 SHP and a steam capacity of 100 TPH at a very high pressure of 64 bars as per A&D market trends.

The term “cruise missile” refers to a guided missile used against land or sea targets that flies the majority of its flight path in the atmosphere while maintaining a relatively constant speed. Large warheads may be accurately and efficiently delivered over great distances by cruise missiles. As per defense industry experts, ,modern cruise missiles can fly on a non-ballistic, extremely low-altitude trajectory, reach high subsonic, supersonic, or hypersonic speeds, and are self-navigating.

A destroyer fired an YJ-21 hypersonic anti-ship missile for the PLA Navy. A ship-launched variant of the ground-based DF-21D missile is said to be the YJ-21. In the Xinjiang desert, China had previously tested anti-ship ballistic missiles. The US thinks China is working on weapons to disable American warships. According to defense industry professionals, China intends to create long-range, precise ship-attacking weapons.

Aviation and defense sector trends state that the aircraft killer-dubbed “Zmeevik” anti-ship ballistic missile was being developed, according to Russian media, to strengthen the nation’s coastal defenses. The Zmeevik shares characteristics with Chinese missiles of the same class, the DF-21D and DF-26, which have a range of up to 4,000 kilometers. Tsirkon missiles can be seen as a deterrent until the United States and its allies have the capability to engage hypersonic missiles. Zmeevik, a land-based hypersonic long-range missile, will be a critical component in bolstering Russia’s defense capabilities. As per A&D vertical news

A&D market trends indicate that drone swarms and Loitering munitions are also becoming a threat to naval platforms. Though UAVs and loitering munitions cannot pack enough punch to sink an entire warship, they can render the ship useless by damaging the flight deck. As per A&D market trends, with ever increasing threats, aircraft carriers can be sitting ducks in the near future as missile technology continues to develop and proliferate.

As per Aviation and defense sector trends, asymmetric warfare is a type of unconventional warfare in which the power levels of the opposing parties differ significantly. Conflicts between the armed forces of powerful nation-states and much smaller insurgent organizations with scanty weaponry are typically referred to by this phrase. Instead of attempting to utterly destroy their enemies, insurgent organizations who lack the strength to compete with larger armies frequently use guerilla tactics to delay and seriously harm them. According to Aviation and defense sector trends, the use of asymmetric warfare strategy by small well organized nation states who lack the finances to afford credible deterrent capabilities can also be a threat to large naval platforms.