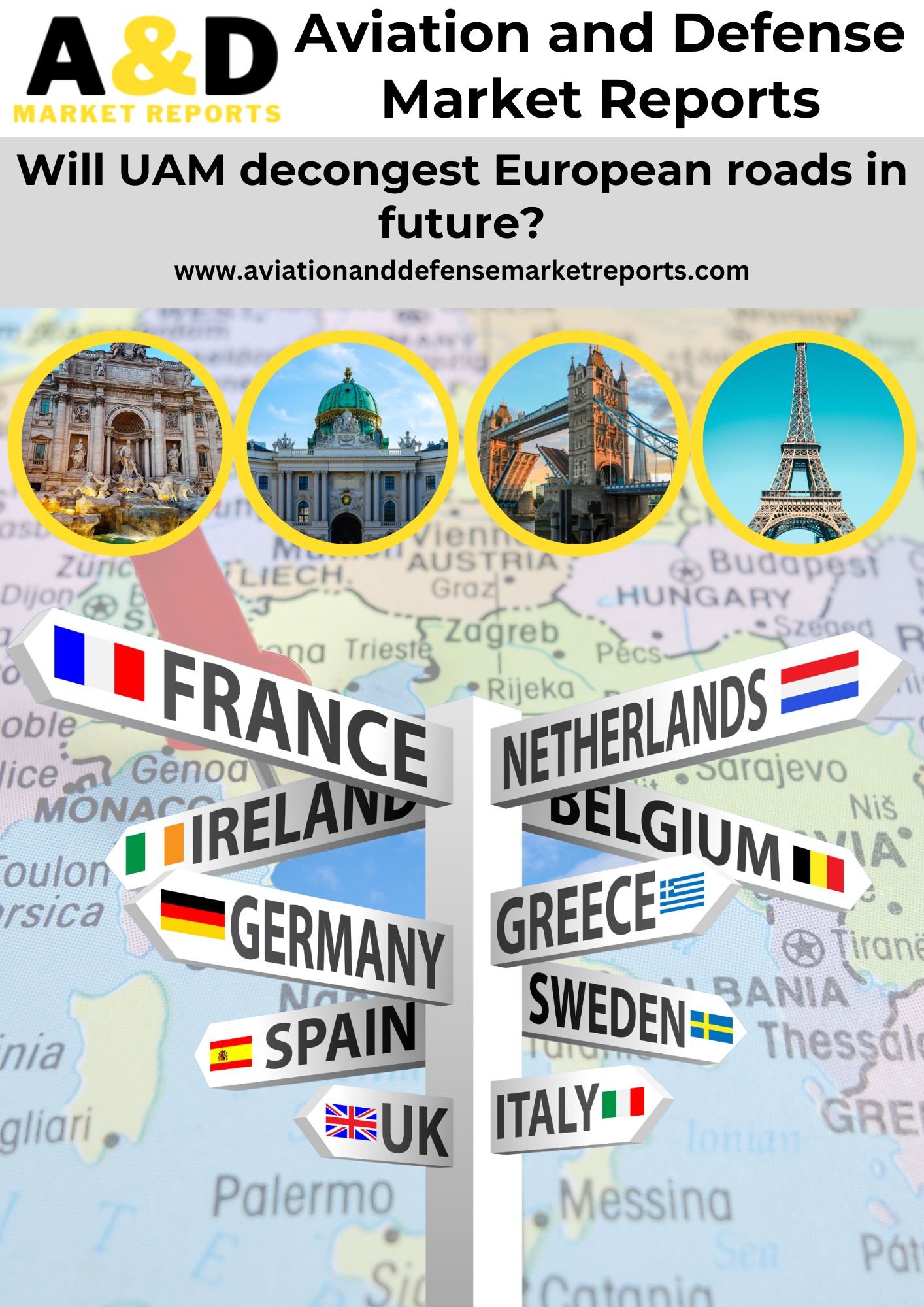 The use of compact, highly automated aircraft to transport passengers, cargo, and other deliverables at relatively low altitudes define the term Urban air mobility vehicles. The development of this technology was seen to be an optimal solution for traffic congestion seen on roads.  According to recent reports, congestion on streets caused by an increased array of vehicles is seen to be a noted issue within the EU according to defense reports.  The present problem at hand, coupled with the rising population density within the EU which is poised to attain a value of 340 Million by the year 2030 instates the requirement for adept traffic control or alternative routes for travel. Therefore, local governments within this area have been devising cost-effective and sustainable solutions to counter problems within the Urban air mobility market in the defense industry according to defense reports.

Urban Air Mobility Vehicles are noted to be an amalgamation of both existing as well as upcoming air transport techniques including Unmanned Aerial Vehicles (UAVs), Vertical Take off and Landing (VTOL), electronic vertical take-off and landing (e-VTOL) as well as traditional technologies like helicopters as per defense reports.  The inclusion of this technology is poised to elevate the standard of living associated with the EU’s populous as well, i.e. its inclusion will increase a consumer’s potential access to both commercial and emergency services such as medical.

Defense intelligence states that the sizeable drop in lithium-ion battery cell prices to EUR 110 per kWh in 2020 from EUR 1000 per kWh in 2010 is noted to be one of the primary enablers for the growth as well as the adoption of Urban air mobility vehicles. As per Defense intelligence, a corresponding improvement in cell energy density to around 300 Wh/kg from roughly 150 Wh/kg coupled with the lower cost bargain for lithium-ion batteries and their increased availability within the Urban Air Mobility market is also anticipated to drive the adoption and facilitation of UAM.

On drawing parallels, it is noted that the development of Urban Air Mobility Vehicles across the global markets is a derivative of the development of electronic vehicles within the automotive sector. In terms of historic market data, it is noted that the most common usage of UAM within the passenger transportation domain was in the form of air taxis. Defense intelligence states that the urban air mobility market is hereby poised to come up with solutions that allow passengers to hire air taxis from the street, in addition to providing point-to-point service to the passengers.

In terms of the commercial aspects Defense intelligence suggests that, it is noted that the use of UAM to facilitate deliveries is one of the most popular uses of these technologies. Several publications have indicated the use of this technology across time-critical domains like medical operations and organ transplants.  Other uses of this technology have been predominantly within the surveillance domain across a variety of verticals like construction, precision agriculture, visual assessment of disasters, police surveillance, et al.

As of 2021, defense reports stated that it was noted that the Urban Air Mobility market was still in its nascent stages, however, the growth of Urban Air Mobility market is gaining momentum rapidly. Across the whole value chain for the urban air mobility market, it is noted that a large number of start-ups and businesses are emerging. Particularly, the manufacture of eVTOLs and the Original Equipment Manufacturer (OEM) industry are changing quickly. According to Defense intelligence , there are now more than 200 eVTOL designs and concepts being researched and developed, many of which are well-known, like Volocopter, Joby, Lilium, Airbus, and Kitty Hawk. Since the organization, Volocopter’s manned eVTOL proof-of-concept made its first flight in 2011, the European industry has taken the lead in the development of UAM. As mentioned in defense reports, some of the other European businesses working on Urban air mobility vehicles are Airbus, Ascendance, Lilium, Pipistrel, Quantum Systems, and Tecnalia as per Defense intelligence

According to defense reports, the acceptance of new technology is noted to be one of the key factors that determine the rate of Urban Air Mobility market penetration. Safety associated with the driver was noted to be one of the key enablers for autonomous driving and thus UAM. The use of unmanned technologies to maneuver through traffic would reduce the number of probable accidents.

The use of lithium-ion batteries instead of petroleum-based products to propel the said automotive is poised to reduce the emission of CFCs which will drive the adoption of this technology as per Defense intelligence. One key concern in terms of traffic was noted to be the noise levels emitted by most systems. The EU Defense intelligence suggests that, the voice constraints are one of the key parameters that limit growth.