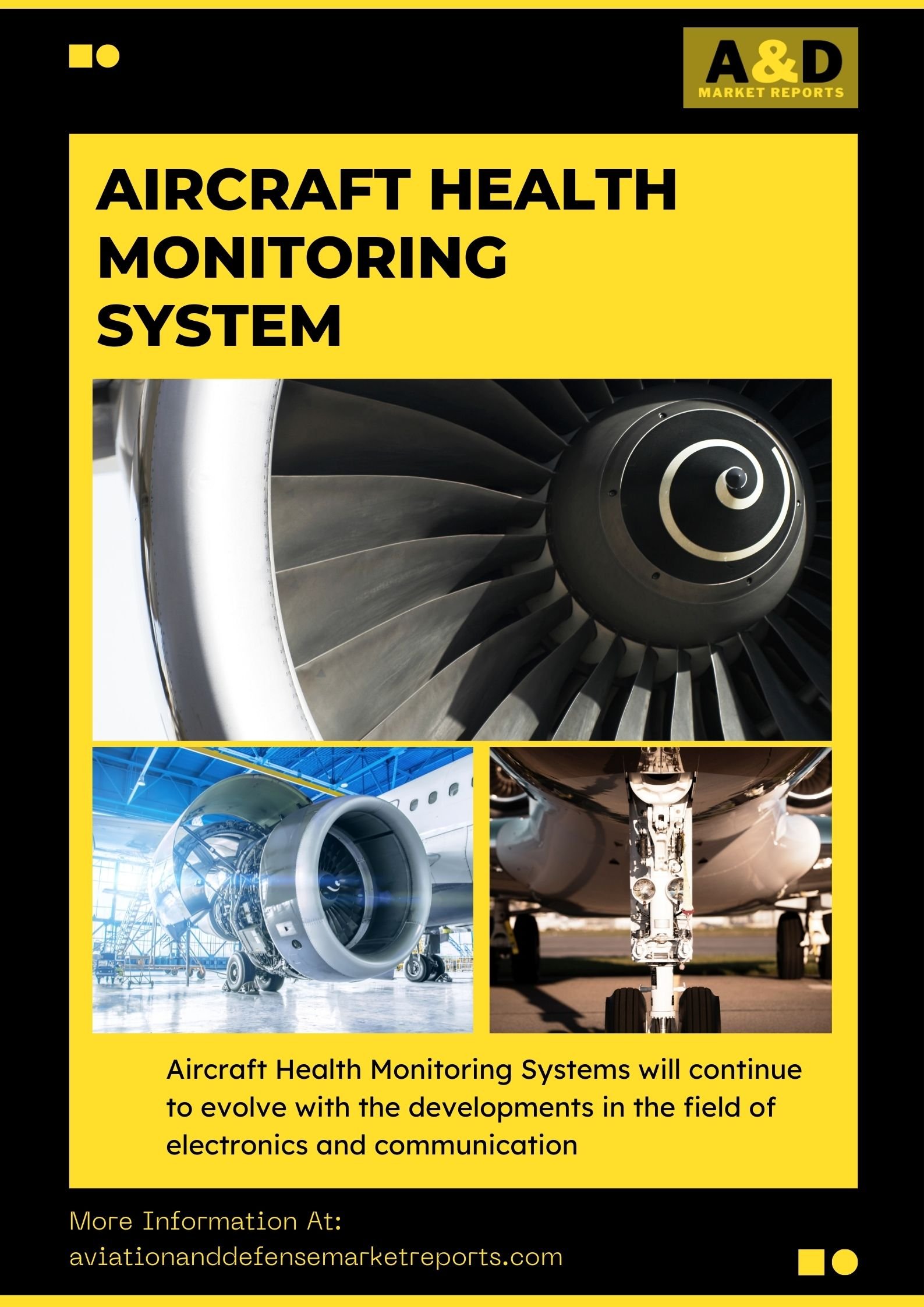 Aircraft health monitoring systems use real time data from sensors to monitor the functioning of systems onboard. The data is transmitted to ground control via GSM or Satellite communication. AHMS monitors aircraft’s data to identify potential problems that could lead to serious malfunctions and threaten the safe operation of the aircraft. AHMS can also recommend solutions before a problem makes severe impact on the aircraft. Most AHMS systems are scalable solutions which can handle data from multiple sensors. The AHMS can also interface with third party systems onboard the aircraft. AHMS monitors critical parameters, the health monitoring system predicts failure situations of aircraft systems and subsystems based on the state of the detection system, confirming their surplus life-span; uses multi-sensors information integration technology to diagnose systematic failure; and uses languages information to inform users on how to manage and maintain the aircraft based on resource usage and demand. AHMS makes it easier for inventory managers on the ground to detect parts that can potentially fail and make arrangements for the replacement. The inventory manager can either replace the part form the existing inventory or contact the OEM for the respective part. The system also negates the need to stock parts that won’t be needed in the near future.

The health monitoring system predicts failure situations of aircraft systems and subsystems based detection, confirming their extended life-span; use of multi-sensors information integration technology to diagnose systematic failure; and uses languages information to inform users on how to manage and maintain the aircraft based on resource usage and demand.

The ability of AHMS to provide noninvasive inspection data is a revolution for the MRO segment as time and effort is saved by analyzing the AHMS data rather than engaging in cost and time intensive invasive inspection that increases aircraft downtime. Latest state of the art AHMS systems transfers data from the aircraft to the ground, which is then forwarded to the customer. While the aircraft is in the air, the operator analyses the data using a web-based interface so that the crew may make the required preparations to resolve the difficulties as soon as the plane lands.

Maintenance expenses are reduced, aircraft safety is improved, and fuel consumption is reduced using modern condition monitoring-based methods. Engine fan speeds, vibration, oil pressure, oil temperature, exhaust gas temperature (EGT), and fuel flow have all been used in the literature to determine performance decline in gas turbine engines. In this work, a new model was created to obtain information about the status of a gas turbine engine.

Vibration-based health monitoring (VHM) methods are non-destructive testing methods based on the concept that any changes made to a structure (including damage) alters its physical properties, which alters the structural vibration response. In most cases, VHM is applied based on the structure’s modal features, particularly its lower resonant frequencies, which are easy to measure.

The Auxiliary Power Unit (APU) is a component of an aircraft that supplies electrical and pneumatic power to various on-board subsystems. Failure of an APU causes a flight to be delayed or cancelled, as well as the enforcement of heavy fines by regional authorities. Such unintended consequences can be avoided by regularly monitoring the system’s health and notifying the MRO (Maintenance Repair and Overhaul) group of any impending malfunction.

The unified capability of systems to assess the current or future state of the member system health and integrate that picture of system health within a framework of available resources and operational demand is known as integrated vehicle health management (IVHM) or integrated system health management (ISHM). The objectives of IVHM are to improve vehicle and fleet health management. Improve safety by using diagnostics and prognostics to identify and solve problems before they become a problem. Improve availability by better scheduling maintenance. Improve system reliability by gaining a better understanding of the current state of the system and doing prognosis-based maintenance. Reduce total maintenance costs by eliminating needless maintenance and avoiding unplanned repair. This is accomplished by the proper application of dependable sensing and prognosis systems to monitor part health, as well as the utilization of usage data to aid in determining the load encountered and the expected future vehicle load. IVHM is concerned not only with the vehicle’s current condition, but also with its health throughout its whole life cycle. IVHM assesses the vehicle’s health in comparison to its usage data and in the context of similar data for other cars in the fleet.

The increasing need for safety and desirability for non-invasive diagnosis will continue to drive the AHMS market. AHMS will ensure low aircraft downtime and drive performance and profit of the operators. Technological innovations such as IoT will also drive the AHMS market by enable robust information sharing through wireless sensors. High speed data analytics will also aid the market growth as quick processing and analysis of large volumes of data is vital for AHMS.