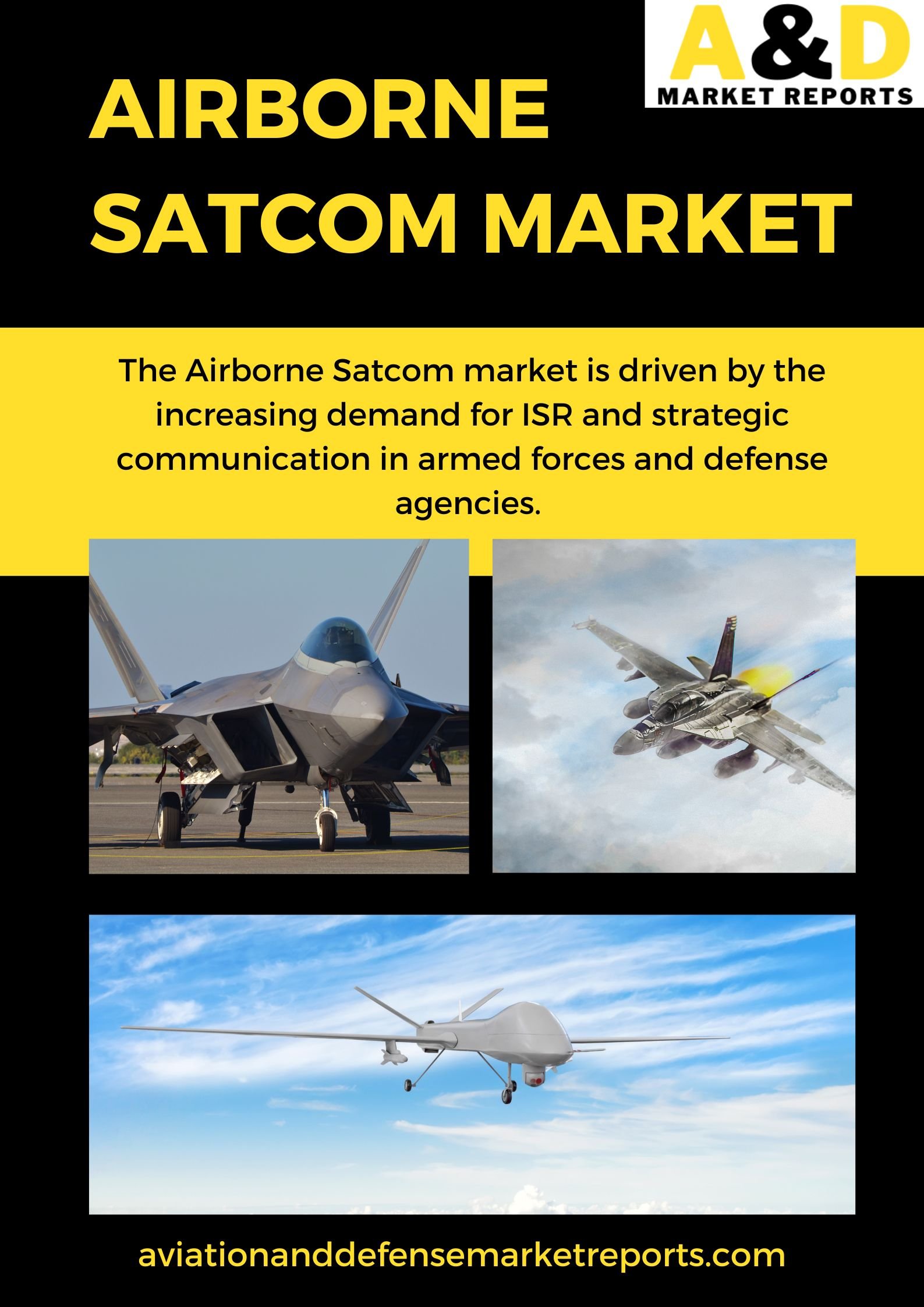 Users today need flexibility to take advantage of the ever changing technologies. Innovative technology should be designed with open architecture and interoperability built in so that its capabilities can be tailored to meet the needs of different user groups. As per defense market reports, advanced modems that are Commercial-Off-The-Shelf (COTS) devices and can easily be installed into a number of manned or unmanned, fixed or rotary winged platforms as well as interface with a variety of commercial and government antenna systems are becoming more and more in demand. For all airborne BLoS systems, systems based on a special Software-Defined Modem (SDM) and utilizing the specialized Scrambled Multiple Access (SCMA) waveform provide extremely dependable mobile video, audio, and data capabilities.

A&D market trends from defense market reports for some of the characteristics of an Airborne SATCOM system includes, transferring information amongst military branches to network the battlefield. Narrowband and wideband BLOS are trustworthy and safe (up to 100Mbps) connection to helicopters, aircraft, and UAS. ISR, HD video, command and control, flight data monitoring, voice, and text bidirectional real time communication. Communication between warfighters on rotary wing aircraft is particularly difficult because Airborne SATCOM signals must pass through rotating blades.

A&D market professionals state that lasers are used in the technologies known as Free Space Optical and Hybrid RF/Optical Aviation satcom, i.e. communications to transmit data between a satellite and an aircraft. Compared to Radio Frequency (RF) technologies, they have the advantages of substantially faster data rates and less frequency interference. Defense market reports suggest that the drawbacks include air attenuation and difficult beam guiding due to the significantly narrower beam than with RF technologies. The fact that optical technologies for A/G and A/A are still in their infancy is another drawback. It is considered to be among the least advanced communication technologies.

Defense market report state that a relatively recent development, putting Airborne SATCOM terminals on UAVs offers manufacturers numerous chances to develop cutting-edge, ultra-compact Airborne SATCOM terminals. The remote aircraft can be flown by the operator from a base thousands of kilometers away thanks to Airborne SATCOM technology. Additionally, it will make it easier for missions with up to 20 megabits per second of bandwidth to communicate data in real time. Future drones will need to have this capability in order to retain connectivity with command centers and a variety of ground, sea, and air assets. The terminal will additionally function on both civilian and military communications bands (Ku and Ka bands). A&D market trends state that waveforms will also be used to stop signal jamming. Military and aviation satcom bandwidth is becoming an essential component of the nation’s military infrastructure due to the increasing usage of unmanned aerial vehicles (UAVs), such as the Predator and Global Hawk planes.

Defense market reports suggest that an Indian Air Force (IAF) proposal for the GSAT-7C satellite was approved by the DAC. The military now makes use of the 2018-launched GSAT-7A, popularly known as “Angry Bird.” Despite being an aviation satcom exclusively for the IAF, the Army uses around 30% of its capability. The aviation satcom and satellite links a number of platforms used by the IAF, including aircraft, helicopters, drones, airborne early warning and control systems, and radars. After the GSAT-7, which was launched in 2013 for the Navy, this was the second military-specific satellite for India.

The ASW/MARPAT aircraft of the PLANAF is the KQ-200, sometimes referred to as the Y-9Q or GX-6. There is no evidence that the KQ-200 is used by the PLAAF. 2015 saw the PLANAF get its first KQ-200. The KQ-200 HF antennae strung from the tail are longer than HF antennae on the KJ-500 and Y-9JB and are therefore capable of transmitting and receiving at lower frequencies. As per defense market reports, at least nineteen VHF/UHF blade antennae are located above and below the fuselage for voice communications or data links.  The principal AEW&C aircraft for the PLAAF and PLANAF is the KJ-500, also known as the Y-9W or GX-10.