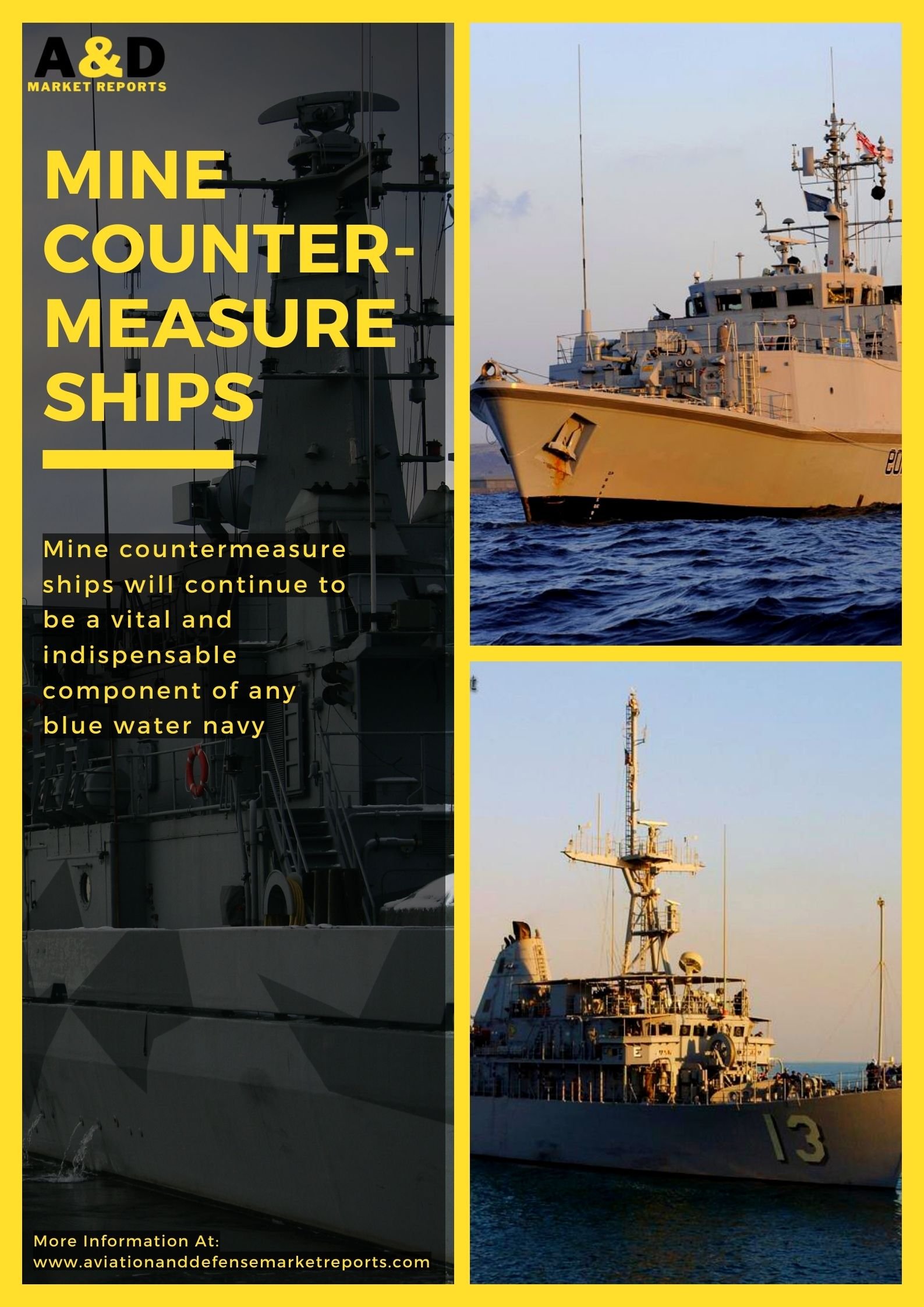 A fact that was evident in both World Wars and the Korean War is that sea mines are among the least expensive and most lethal dangers to naval forces. For two decades, modern navies have increased their spending in autonomous MCM capabilities to reduce the effects and hazards of sea mines on naval operations. The purpose of mine countermeasure vessels is to locate and detonate naval mines. The ships can be classified as mine hunters, minesweepers, or ships that perform both minesweeper and mine hunter duties simultaneously.

The U.S. Navy started building a new mine countermeasures (MCM) force in the early 1980s, which included two new ship classes and minesweeping helicopters. The Avenger (MCM 1) and Guardian (MCM 5) ships conducted MCM missions in the Persian Gulf throughout the eight years of the Iran-Iraq War and in Operations Desert Shield and Desert Storm in 1990 and 1991. MCM ships are becoming more autonomous and unmanned with advancements in AI technology. In order to carry out mine-hunting operations, the US Navy has started the Littoral Combat Ship Mission Modules (LCS MM) Program, which consists of 48 unmanned surface vehicles (USV) purchased for both the Unmanned Mine Sweeping (UMS) and Remote Mine Hunting (RMH) modules. The Unmanned MCM USV will be an all-aluminum, long-endurance, semi-autonomous, diesel-powered surface vessel that supports the use of multiple MCM payloads, such as Minesweeping Payload Delivery Systems (PDS), Mine Hunting PDS, and PDSs for Future Payloads, including Mine Neutralization. In one MCM sortie, it would simplify the entire detect-to-engage procedure. The MCM modules will employ Knifefish and Barracuda Unmanned Underwater Vehicles (UUV). Additionally, Orca XLUUV and its little UUVs could participate in MCM missions without informing the adversary.

Additionally, the UK MoD is funding a programme called Mine and Hydrographic Capability (MHC). Three UUVs are sought after in order to carry out mine warfare missions from USVs. Similar to the Belgian and Dutch Navies, the Tripartite-class ship fleets of those nations will be replaced starting in 2023. The Belgian and Dutch Navies will receive 12 vessels and related equipment from the Belgium Naval and Robotics consortium (created by Naval Group and ECA Group) as part of the MCM initiative. This ship will be outfitted with Inspector 125 USVs from ECA Group, A18-M AUVs, SEASCAN and K-STER C ROVs, and Inspector and K-STER C ROVs. The USV Inspector 125 can control all of these drones on its own. Unmanned aerial vehicles and influence sweeps are also included in the drone system.

The demand for MCMV in India is critical. The last operating minesweeper was INS Kozhikode, a Pondicherry-class minesweeper constructed for the Indian Navy by the Soviet Union, however it was decommissioned on April 13, 2019. Since that time, the Indian Navy’s fleet no longer includes a vessel specifically designed for mine warfare. In order to obtain three to four Mine Countermeasure Vessels (MMCV) for the Indian Navy, the Indian Ministry of Defense (MoD) published a request for information (RFI). According to the RFI, the MCMVs must be capable of mine laying, channel conditioning, route survey, sanitization, local naval defense, search and rescue, MIO (Maritime Interdiction Operations), and VBSS (Visit Board Search and Seize) Ops. They also must be able to locate, classify, and neutralize all types of ground and moored mines. The Indian Government demanded that three to four units be purchased or leased, with the first vessel arriving with a maximum delay of ten months. Every four months, the others will be delivered after them.

The Alexandrite-class (Project 12700) mine countermeasure vessel is part of the Russian Navy’s ongoing modernization of its mine warfare capabilities. By 2050, Russia intends to have 30 minesweepers of the Alexandrit class. The programme includes two Alister-9 UUVs, two K-Ster I-type UUVs, ten K-Ster C disposable UUVs, and an unmanned MCM vessel of the Inspector-MK2 type for each vessel.

South Korean Navy is modernizing its MCM fleet to meet the ever-increasing threat from its hostile neighbor, Daeyang Electric was given a contract to create underwater mine disposal vehicles (MDVs), and as of January 2021, the business had supplied ten MDVs. Additionally, in December 2020, LIG Nex1 was given a KRW12 billion ($11 million) contract by the Defense Acquisition Program Administration (DAPA) to develop indigenous AUV for mine detection. By 2023, the AUV is anticipated to be finished.

Some of the modern MCM ship have features such as deployment of AUVs, identification robots, and neutralization MIDS (Mine Identification and Disposal System). Lightweight drones can land in more challenging water thanks to the wider UAV landing platform. With the aim of streamlining robot handling and improving the operability of the entire platform, the designs more often include a dedicated hangar with direct access to the aft deck and a control center with a bird’s eye view of the deployment zone. With modernization programmes to replace ageing ships, MCM ships will continue to see demand till the end of the decade.