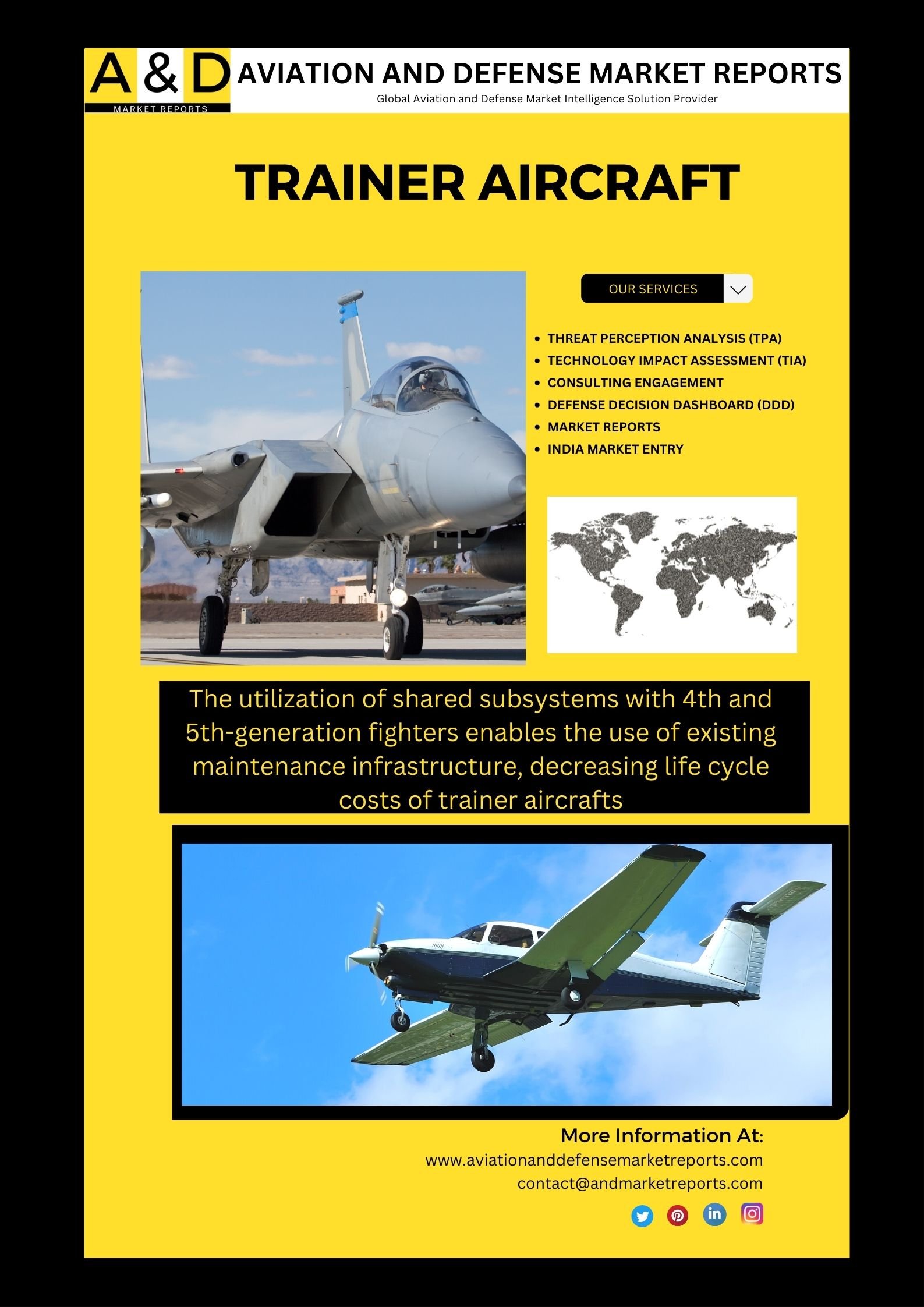 For centuries, pilots have needed to learn the basics of flying planes before moving on to combat missions and flight training has been an important part of this preparation. As technology has advanced, so too have the trainer airplanes that first prepare new pilots before they progress to their ultimate goals.

Since its inception, the military has been looking for ways to train its soldiers as quickly and efficiently as possible. This is especially true of aerial combat, where pilots need to be able to fly complex missions on a moment’s notice. The effectiveness of these training exercises can often hinge on how realistic they are. It’s no wonder that militaries around the world have turned to simulator technology to create fighter jet simulators.

The US air force is replacing the old T-38 Talon military trainer aircraft. A significant requirement was the ability to mimic the onboard systems of the F-22 and F-35. At first, this requirement was criticized because it meant that the trainer aircraft would become more complicated, but the lack of such capability would mean that pilots would have to complete their training on real fighters, which would be even more expensive. Oh, and the main requirement was that the creators combine all of the military’s wishes in a plane that was sufficiently cheap both in the purchase and in operation.

The search for a proposal and the budget struggle ended in 2015 when the advanced pilot training system program launched a full-fledged tender. The contract promised to be extremely significant, and there were several bidders.

Boeing and the Swedish Saab Corporation announced the collaborative project to take part in the TX tender back in 2013. Boeing’s e-series airspace systems are created with the most recent techniques and digital models engineering. The increasing trend toward the use of new digital technology on a large scale is understandable given the complexities of contemporary military trainer airplanes.

Boeing and Saab were announced in 2018 as the TX tender winners. The military trainer aircraft was given the official name Red Hawk T-7A. The T7a Red Hawk is a single-engine jet trainer that is 14.2 meters long, 10 meters wide, and 4 meters tall. Its maximum takeoff weight is roughly 5 and a half tons, making the plane remarkably light.

The wing is trapezoidal with simple mechanization; on the trailing edge, big flaperons serve the roles of ailerons and flaps in a single surface; and in front, little slats superimposed on the leading edge occupy over half of its length. Meanwhile, the wing’s leading edge root extensions are quite extensive near the wing’s junction.

The deal calls for the provision of 351 aircraft, 46 ground simulators, and all accompanying equipment, as well as the training of employees, with the option of increasing the order to 475 planes in the future. The air force will pay $9.2 billion for this, with a price of $19.3 million for one aircraft.

The YAK 130 was suited for training pilots to fly the air force’s superior SU-30 combat platforms. With the SU-35++ generation air superiority fighter and SU-34 next-generation strike fighter entering service, followed by the MIG-35 and SU-57, the YAK-130 was a much-needed asset to prepare Russian pilots to operate next-generation aircraft while costing significantly less to operate, making it an ideal way to provide pilots with flight experience.

The jet’s designer claims they can accommodate 80 percent of a total training program, which if true would significantly reduce the burden on Russia’s fighter fleet. While the Yakovlev design bureau completed the YAK 130 design by 1993, a project that began in the waning days of the Soviet Union, the poor state of the Russian economy delayed the platform’s entry into service by well over a decade.

In April 2002, the YAK 130 competed against the Mikoyan Design Bureau and was chosen above its competition. Despite this, money for the last stages of development was restricted, and it would be another eight years before it entered service. In combat, the fighter can carry a payload of 3000 kg, including guided missiles, and can also deploy specialized pods for electronic warfare.

Russia is projected to induct at least 200 of its advanced new trainer jets, with considerable demand from overseas clients who operate Russian fighters. A full glass cockpit, a four-channel digital fly-by-wire system, a heads-up display, and a helmet-mounted display system were all included in the design of the fighter. While demand for the jets has been considerable from overseas clients who fly Russian fighters Algeria Syria, Bangladesh, Belarus, and Myanmar all operate Russian fourth or fourth-plus-generation fighters and are potential fifth-generation jet operators in the future; a number of these states have placed orders for the YAK 130 and rely heavily on the fighter aircrafts in combat roles. Syria is set to receive 36 aircraft once the current conflict ends, which will be critical in efforts to rebuild its air force with modern Russian fighters and make the country the aircraft’s largest foreign operator.

Features such as supersonic flight, full glass cockpit, a four-channel digital fly-by-wire system, heads-up display, helmet-mounted display system, advance avionics, sensor and modular systems will continue to dominate the upcoming military trainer aircraft at various stages of development across the world. Low operating cost will be a critical feature of all trainer aircrafts.