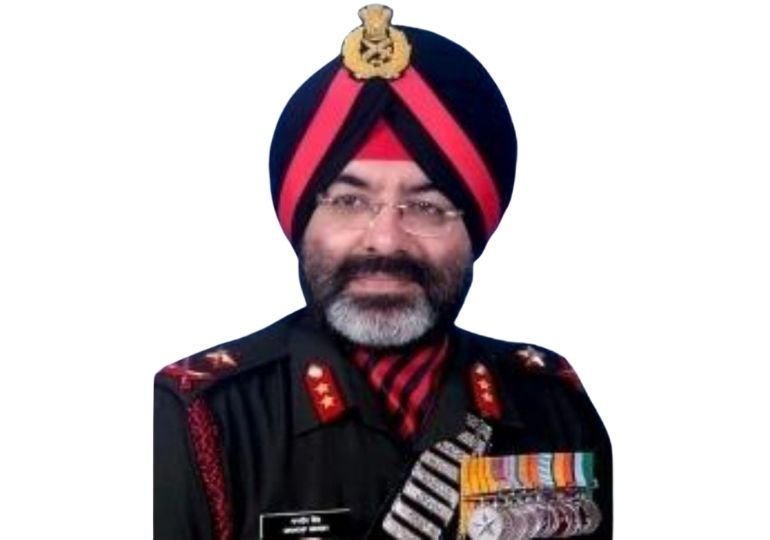 Major General Mandip Singh (Retd.) is a veteran in the Indian army possessing around 38 years of experience in the land platform.

His skills and expertise include Operations, Strategic Planning, Management, and Academic Excellence. He has extensive experience in war zones. His competencies include Soldiering, Multilevel Planning, Leadership Development, and Information Warfare. He has also prepared doctrinal and conceptual papers on future domains of warfare like Exponential Technologies and Futuristic Weaponry.

He served as the Chief Instructor at Indian Military Academy, Dehradun, subsequently, he headed the ‘China Desk’ at Army Training Command, Shimla. He was the Dean at Army War College, Mhow.

He has headed Military delegations to countries including Kenya, China, and the Philippines. Accompanied high-level delegations to Poland, Belarus, and Bhutan. Currently resides in Chandigarh.

An Overview into Land Platform Segments

Technology advancements have significantly increased military effectiveness and lethality, but these gains have come at a price. Many of the items are heavier and more sophisticated than previous systems, requiring more assistance. While deployment periods for involved forces have decreased, the pace of battle has accelerated substantially. As Afghanistan and Iraq demonstrated, shipping massive quantities of supplies costs both money and lives. The logistical problem only gets worse as potential foes’ ability to obstruct access to the battlefield and movements in the battlespace grows.

With the military transitioning to a harsher, more integrated environment, the armies need to design equipment and prepare troops, force structures, decision-making, and operational ideas for a more deployable approach with a smaller logistic footprint. Energy is a critical component of all military operations. Energy-intensive military amphibious vehicles operate primarily by diesel or gasoline. As armies worldwide have used bigger and heavier combat and main resistant vehicles, sustainability has increased to meet the growing demands.

The United States Department of Defense used more fuel in 2007 than any other country on earth, 4.6 billion gallons. As a result of today’s non-linear, non-contiguous battlefield, transferring assets between secure areas supported by forwarding operating bases has become extremely dangerous. As a result of the need for self-defense, both personnel and equipment have increased in demand.

The battles in Afghanistan and Iraq demonstrated how much logistics matters on a modern battlefield. The supply chain would need to travel great distances in risky areas, which would consume vast amounts of resources such as labor, equipment, and money. According to US Army Materiel Command, 70% of bulk tonnage needed by a frontline military unit is fuel. The cost of fuel can range from USD 40-50 per gallon. There are a large number of soldiers on the ground who would otherwise be available for operations. In other words, if fuel-efficient amphibious vehicles replace fossil fuels, fewer resources are needed for the supply chain, and resources are necessary to win the war.

The US Army’s doctrine emphasizes mechanized combat. As of 2009, it has the highest vehicle-to-soldier ratio in the world. High Mobility Multipurpose Wheeled Vehicle (HMMWV), commonly known as the Humvee, is the army’s most popular vehicle, capable of serving as a cargo/troop carrier, weapons launcher, and ambulance. Despite operating a wide range of combat-support vehicles, HEMTT is one of the most prevalent. The main battle tank on the battlefield is the M1A2 Abrams, while an infantry combat vehicle is the M2A3 Bradley. All-terrain vehicles used in defense increase the tactical ability and lethality associated with the armed forces. While, amphibious vehicles in structure promote the growth of hybrid systems across land platforms and naval platforms.

There are various unmanned ground vehicles with Mine Resistant Ambush Protected (MRAP) protection, including the Stryker, the M113, and others. The use of unmanned ground systems is poised to boost the use of automated technologies across land platforms.

Ground Vehicle Systems Center (GVSC) demonstrated its fuel cell-equipped Chevrolet Colorado ZH2 in 2018–2019 as part of a strategic alliance with General Motors. It showcased the center’s exploration and improvements to a readiness standard available to the United States military. According to the United States Army GVSC, the platform will enable quiet vehicle mobility, increased power generation, reduced thermal signature, and a wider fuel supply tolerance. The demonstrations took place in 2019, and further trials will follow.

The Challenger 2 is the primary main battle tank of the British Army. As the primary armored personnel carrier, the Warrior Infantry Fighting Vehicle and several variants of the Combat Vehicle Reconnaissance (Tracked) and Bulldog assist it. Supacat “Jackal” MWMIKs and Coyotes frequently accompany lightly armored vehicles forces for reconnaissance and fire support. Three of the primary artillery systems in the army are the Multi Launch Rocket System (MLRS), the AS-90, and the L118 light weapons.

The British Army uses armed patrol mine resistant vehicles such as the Iveco LMV Panther, the Foxhound, and Cougar family variations such as the Ridgeback, Husky, and Mastiff when the defense is not required or mobility and agility are essential. Generally, the army uses the Land Rover Wolf, based on the Land Rover Defender. The specialist engineering vehicles include robots that dispose of bombs, future armored vehicles such as the Titan bridge plate, Trojan combat-engineering truck, Terrier Armored Digger, and Python Minefield Breaching System.

Due to a lack of modern tanks, the Australian army relied on British and US tank aid during the Korean War. Since 2007, the Australian government has replaced the Leopards with a small number of American Abrams M1A1 tanks, which remain the only tanks. Additionally, the army has tested and evaluated a small number of main battle tank prototypes. Chrysler Defense (now General Dynamics Land Systems) designed the M1 Abrams, an American main battle tank of the third generation. It is one of the heaviest tanks in service at almost 68 short tons (nearly 62 metric tons), designed for modern rugged land warfare. The ship featured a multi-fuel turbine engine, advanced composite armor, digital fire control, and an NBC crew safety device.  The Australian Light Armored Vehicle (ASLAV) is an eight-wheeled amphibious armored vehicle for the Australian army. General Dynamics Land Systems Canada produced it from the LAV-25 and Bison armored vehicles of the Canadian army.

The Australian Land Force consists of 59 tanks, 3,051 armored vehicles, and 54 towed artillery. The Australian Army is proposing to purchase a Combat Reconnaissance Vehicle (CRV), an Infantry Fighting Vehicle (IFV), a Maneuver Support Vehicle (MSV), and an Integrated Training System (ITS) under LAND 400. By 2020, ASLAVs and M113s are scheduled for upgrades. On 19 February 2015, the tender for modification of the ASLAV opened to support the potential mounted combat reconnaissance capabilities. In a project worth more than USD 10 billion, 730 vehicles will be acquired.

The Indian army is one of the world’s most experienced forces, but its unmanned ground vehicles need upgrading. Currently, India is undergoing an indigenization phase that dwarfs the Arjun, Tejas, and INSAS projects. The Indian Army Land Force consists of 4,292 tanks, 8,686 armored vehicles, 235 self-propelled artillery, 4,060 towed artillery, and 266 rocket launchers.

India is reorganizing its mechanized forces to gain enemy territorial strategic mobility and high-volume firepower. It proposes the phased deployment of as many as 248 Arjun main battle tanks (MBTs) and 1,657 Russian-made T-90S MBTs. The indian army modernization has purchased 2000 night vision systems for T-72 tanks for 10 billion rupees, 1200 for T-90 tanks for 9.60 billion rupees, and 1780 for infantry fighting unmanned ground vehicles for 8.60 billion rupees.