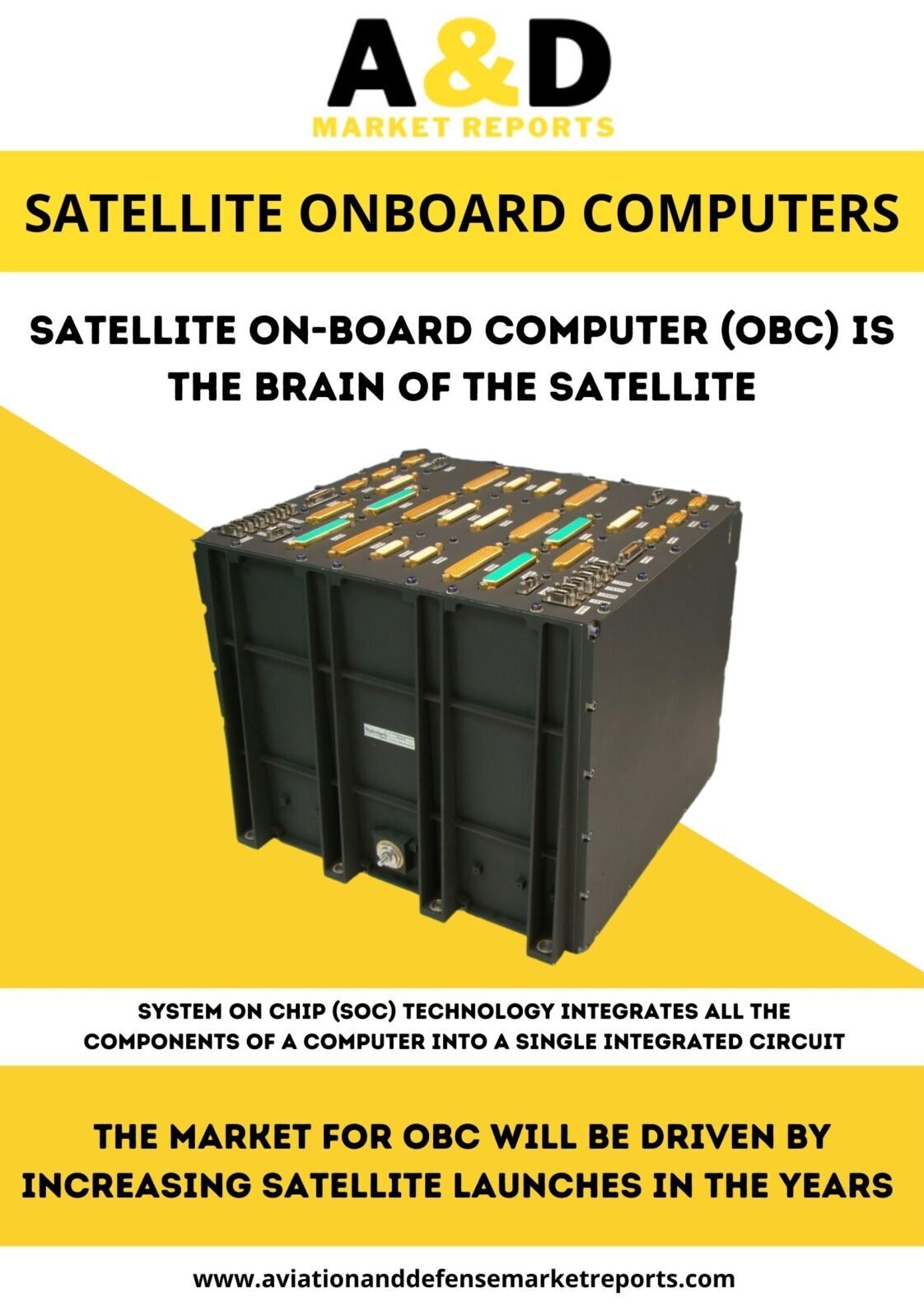 Satellite on-board computer (OBC) is the brain of the satellite. OBC is programmed according to the mission parameters. OBC typically coordinates all the operation and sends instructions to different modules of the satellite. OBC is basically the computer on which software of the runs and executes various commands. Primary function of OBC includes gathering information, sending and receiving of signals form earth’s control station, diagnostics, error handling and recovery, orbit and altitude control. Additional functions include range monitoring and security. OBC is responsible for overall heath monitoring of the satellite. OBC consists of the microprocessor which connects to different modules. The architecture of the OBC is always evolving due to shrinking in size of the components and decreasing power consumption.

System on chip (SoC) technology integrates all the components of a computer into a single integrated circuit. This dense integration of components reduces the power consumption and take up very less space than traditional multichip which has equal functionality and performance. Various subsystems of the satellite includes communications subsystems(CS), command and handling subsystem(C&DHS), electrical power subsystem(EPS) and attitude control subsystem (ACS), thermal control subsystem (TCS), guidance, navigation and control(GNC).

Thermal control subsystem – TCS controls the electrical heaters and actuators and maintains the temperature in the specified range.

OBC application includes LEO – Low Earth Orbit, MEO – Medium Earth Orbit, GEO – Geostationary Earth Orbit and deep space. In orbit re- programmability of OBC ensures the versatility of the satellite, flexibility and survivability in harsh radiation environment where there are extremes in temperature.

The market for OBC will be driven by increasing satellite launches in the years to come and the revolution in technology which helps in development of compact and low power consuming OBCs. Penetration of 5G capability will also drive the market since satellites built with 5G architecture will connect with cars, ships, aircraft and other IoT devices. 5G signals will beam down from space to supplement the terrestrial infrastructure for 5G, it will also act as a backup during natural disasters such as floods, storms, typhoons and hurricanes. With 5G enabled satellites, users will be able to consume 8K videos on their mobile devices. Penetration of connected Autonomous and Unmanned vehicles will also drive the OBCs as multiple satellites will be required to ensure end to end continuous connectivity with these vehicles through 5G communication. In the next 10 years non terrestrial 5G and 6G network demand is expected to place around 55,000 – 60,000 satellites in LEO. LEO satellites are miniaturized weighing under 500kg and are at a distance of less than 2000kms from earth. These Leo satellites have lesser latency when compared to geo stationary satellites stationed at a distance of around 35,000kms. LEO satellites have latency of around 25-30ms which is a fraction of existing satellite links.

OBCs market will also be driven LEO satellites delivering high speed internet to business customers and developing nations. Tech companies such as Amazon, SpaceX and Oneweb are expected to deploy more than 25,000 satellites for global networking services. SpaceX aims to have more than 12000 satellites and amazon more than 3000 satellites in LEO orbit.

Near term inhibition of the OBCs market will be the global chip shortage which is expected to last at least till the end of 2022.