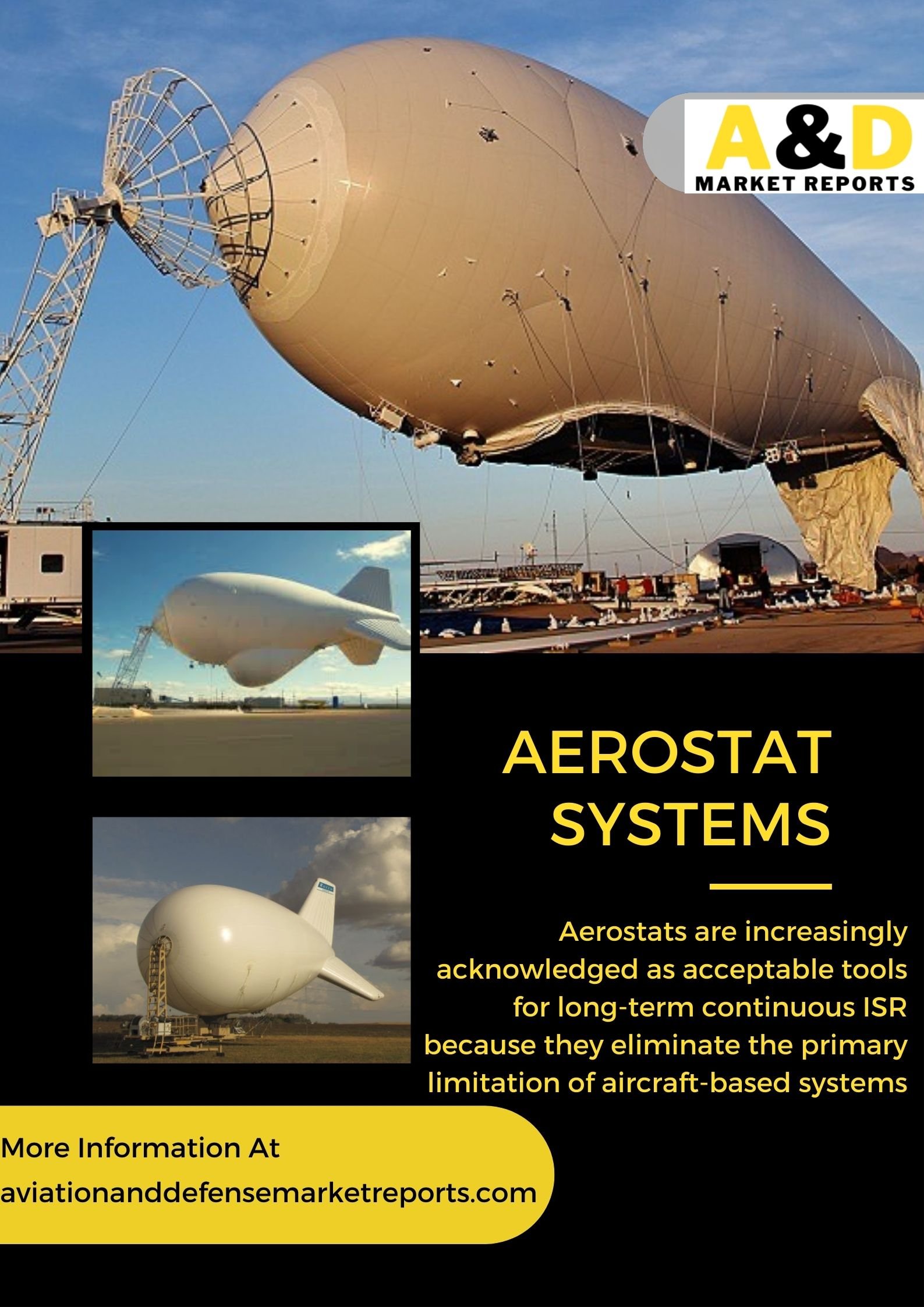 Helium-filled balloons, often known as aerostats, have made a comeback on the battlefield in the last four decades as threats and technology have advanced and the demand for 24/7 ISR has grown. As they overcome the biggest drawback of aircraft-based systems – limited fuel and flight duration – they are becoming more and more recognized as suitable tools for long-term continuous ISR. They might also operate as a visual deterrent to enemy activity in a region.

The tethered aerostat is intended for monitoring operational areas, emergency situations, and significant occurrences. Despite the fact that this technology is nothing new, the aerostat makes use of the most recent developments in the miniaturization of communication technologies to provide a creative solution with a small balloon/aerostat capacity to ensure reliable observation and communication services in all situations for military and civil protection operations.

The tethered aerostat can maintain surveillance over an area of several kilometers and downlinks the video stream in real time. Most of the tethered aerostats are equipped with a high-definition camera and a miniaturized 4G/LTE tactical modem. The latter is broadcast live on the tactical display and is also accessible in almost real-time via tactical terminals.

The modules of the ruggedized and miniaturized system make it particularly well-suited to harsh environment. Most of the tethered aerostat systems can be left unattended for up to 15 hours. The tethered aerostat is intended to repair or replace a 4G/LTE cellular network that has been knocked offline due to terrorism or a natural disaster in addition to doing surveillance. In this instance, the payload consists of a 4G/LTE base station that has been optimized as well as the connecting subsystems required to link to other aerostats and repair the terrestrial network.

Some of the largest tethered aerostats now in use belong to the Strategic Class of aerostat devices. These sturdy devices’ high payload capacity and wide range of altitude make them perfect for aerial surveillance applications. Aerostats of the Strategic Class can be deployed sustainably for up to 30 days at a time. Aerostats of the Strategic Class are often designed for surveillance tasks involving the detection of fast-moving, low-flying objects, such as cruise missiles and light aircraft. Long-range radar, active and passive communications gear, as well as COMINT/ELINT technology, may all be carried by strategic class payloads, which frequently soar up to 10,000 to 15,000 feet over ground control stations. Strategic Class aerostats need a fixed mooring station due to their massive size, high altitude, and significant payload. A number of mission-specific payload systems, such as electro-optic imaging camera systems, surveillance radar, electronic intelligence systems, and inertial navigation system (INS) technologies, can be incorporated with the cost-effective tactical airborne system. Multi-mode auto tracker to follow moving targets and high-definition low-light color camera can also be included in the payload depending on the mission.

Israel will launch a new aerostat as it gets closer to acquiring a new missile sensor capability. The High Availability Aerostat System (HAAS), jointly developed by Israel’s Missile Defense Organization (IMDO) and the American Missile Defense Agency (MDA), is essentially a blimp tethered to the ground with a long-range radar. It was developed almost entirely from annual Foreign Military Financing funds provided to Israel by the US.

The high-altitude inflatables, which would be added to the Pentagon’s massive monitoring network and may potentially be used to follow hypersonic weapons, would fly between 60,000 and 90,000 feet in the air. Because the military may utilise the balloons for a variety of purposes, the Pentagon continues to invest in these programmes.

The Pentagon has spent around $3.8 million on balloon projects over the last two years and intends to spend $27.1 million in fiscal year 2023 to continue work on a number of initiatives. For data collection, ground force communication, and satellite problem mitigation, the DoD has tested employing high-altitude balloons and solar-powered drones. The balloons could help satellites track the missiles more efficiently.

The Doruk can operate at an altitude of up to 1,500 meters and carry a payload of up to 500 kilograms, while the Tepegöz can soar as high as 3,000 meters, according to a privately held Turkish defense technology company named Otonom Teknoloji. Up to a week of nonstop operation is possible for the aerostat.

The U.S. Army has awarded TCOM a contract worth $217.3 million to supply Saudi Arabia with a tethered aerostat platform for military communications, force protection, intelligence, surveillance, and reconnaissance operations.