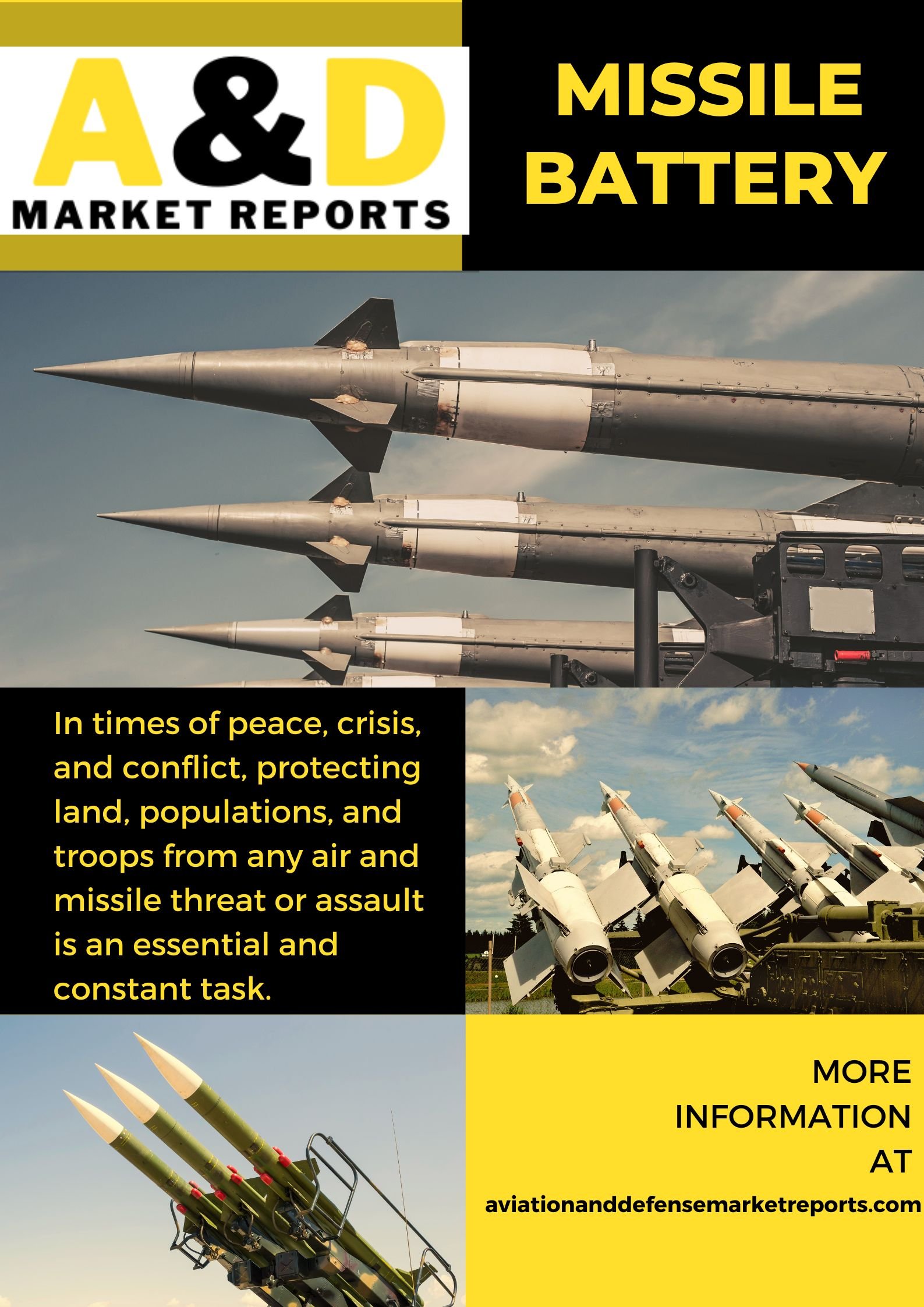 Protecting territory, populations, and troops from any air and missile threat or assault is a crucial, ongoing mission in times of peace, crisis, and conflict. It is a crucial component of a country’s aerospace aviation and defense and deterrence, which supports the defensive capability of a sovereign nation. The S-400 Missile battery and the Patriot Missile battery are some of the prominent battery systems that promote the use of this technology

A mobile long-range surface-to-air missile battery (LR-SAM) called the S-400 was created by Almaz-Antey, a state-owned company in Russia. It is capable of shooting down a variety of airborne targets, including as stealth fighter planes, bombers, cruise and ballistic missiles, and even unmanned aerial vehicles (UAVs). It contains two independent radar systems that can identify aerial targets at a range of 600 kilometers and can simultaneously engage 80 aerial targets. It also has four different types of missiles that can engage BVR targets up to a range of 400 kilometers.

Aerospace aviation and defense news state that the S-400 missile battery (surface to air) was created as an improvement to the S-300 missile and missile battery series. Aerospace aviation and defense market news states that multifunction radar, autonomous detection and targeting systems, anti-aircraft missile systems, launchers, and a command and control center are all included in the S-400 air defense system. It can launch three different kinds of missiles to build a layered defense.

In addition to the missiles of the S-300PMU system, the S-400 missile system employs four additional missile types. The 48N6DM was the system’s first missile to be introduced (48N6E3). Within a 250km radius, the missile can destroy airborne targets. Using active radar homing, the S-400’s 40N6 missile can allegedly intercept air targets at a distance of 400 km and it’s missile battery helps with this task.

As per aerospace aviation and defense ongoings, it is noted that this missile and missile battery is operated across China, India and Turkey

Aerospace aviation and defense news suggests that the transportable Terminal High Altitude Area Defense (THAAD) system stops ballistic missiles in their terminal phase of flight. It uses a single-stage, hit-to-kill interceptor with an X-band radar called the AN/TPY-2 to stop ballistic missiles both inside and outside of the atmosphere.

The THAAD launcher is built on a big tactical truck with four axles for enhanced mobility (HEMTT). Up to eight interceptors, each measuring 6.6 meters long and weighing 1,044 kilograms, can be carried by each launcher. 12 launchers has eight interceptors. Six launchers make up a standard THAAD  missile battery, and it can take up to 30 minutes for each launcher to reload.

The main air and missile defense system used by the American Army is the MIM-104 Patriot and the supported by the Patriot Missile Battery. Although the Patriot was initially intended to be an antiaircraft system, more recent versions can also engage ballistic and cruise missiles, loitering weapons, and aircraft. One or more launch stations, a radar set, an engagement control station, a power generation vehicle, and other support vehicles make up a standard Patriot missile battery. About 90 personnel are required to operate a Patriot missile battery.

As per Aerospace aviation and defense industry professionals, the Stunner interceptor, an ELM-2084 fire control radar, a battle management/operator station, and a vertical missile launching unit make up the David’s Sling Weapon System (DSWS). The DSWS missile defense system, which is Israel’s intermediate line of defense, is meant to stop ballistic and cruise missiles at distances between 40 and 300 kilometers.

The Stunner, a two-stage, 4.6 m-long missile designed for DSWS, can intercept targets at ranges of up to 300 km and altitudes of up to 15 km. 3 It can travel up to Mach 7.5 using a three-pulse solid propellant motor. The active electronically steered array (AESA) ELM-2084 multimission radar for the system operates in the S-band frequency. The ELM-2084 can be used as a radar for fire control or air observation. In surveillance mode, it can electronically scan a 120-degree azimuth and 50-degree elevation, tracking up to 1100 targets at a distance of 474 kilometers. The ELM-2084 can rotate its antenna array at a rate of 30 rotations per minute to provide 360-degree surveillance. It can track up to 200 targets per minute at distances of 100 kilometers