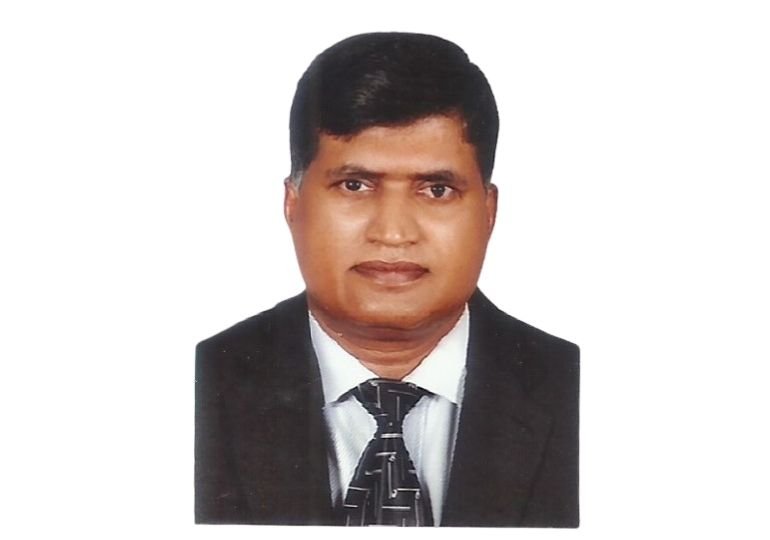 Air Vice-Marshal Bhanoji Rao AVSM, VSM (Retd) is experienced personnel in armament and munitions. He holds a master’s in Air Armament. He has 25 years of experience in Utilisation, Maintenance, Design and Development, Quality Assurance, Execution of Contracts of Air Armaments, and Guided Weapons for Air Defence.

He oversaw the Quality Assurance of all Armaments produced for the Army, Navy, and Air Force by all the Ordnance Factories. He served as a Team Leader of Tri-Service Organisations on Ballistic Missile Development Program at DRDO. He worked as head of Faculty ( Air Force) at Tri-Service Military Institute of Technology, Pune.

He has visited major Air Armament manufacturers in India and Abroad. In his long list of experience, he has also, contracted and executed more than 25 Armament contracts from India and abroad for the Armed Forces. He has 7 years of experience in the Surface to Air Missile (SAM) system of the Indian Air Force. Currently, he works at Hyderabad as an Independent Armament Consultant.

An Overview into Weapons & Ammunitions Segments​

Weapons range from hand grenades to nuclear weapons. Nonproliferation is a central part of U.S. strategy. There are already a large number of atomic weapons in use around the world. North Korea, India, Pakistan, Israel, the United Kingdom, France, China, Russia, and the United States are among the countries that own such weapons. North Korea is estimated to have few weapons, while India, Pakistan, and Israel tend to have 100 or fewer.

Although the United Kingdom, France, and China have had nuclear weapons for decades, each is to have around 300 or fewer. Russia and the United States have drastically reduced their inventories since the Cold War.

After water and fuel, ammunition is the third most significant logistical challenge. The most popular calibers for small arms are 0.5 calibers, 7.62 mm, and 5.56 mm.

The United States Army and Marine Corps have tested caseless, polymer-cased, and case-telescoped ammunition as part of the Lightweight Small Arms Technology program. There is no steel or brass case on caseless rounds. Plastic replaces the steel or brass case in polymer-based ammunition. Individual cartridges weigh only 40-50 percent of conventional cartridges, and their ballistic performance is identical.

Case-telescoped ammunition packages the smart bullet partially or entirely in the projectile, resulting in a more compact round; individual rounds weigh only 40-50 percent as much as conventional cartridges. These rounds require the procurement of redesigned carbines and machine guns, efficiently tested. A reduction of 40-50 percent in weight per round reduces the ammunition logistics burden and reduces the fighter’s load.

Lead smart bullets could substitute for copper bullets, which would provide considerable uniformity in terms of effectiveness. Copper bullets are far more precise to machines than swaged smartbullets. It improves uniformity by reducing ballistic wobble during flight. In Afghanistan, the Army introduced the M855A1 5.56 mm Enhanced Performance Round for M16 and M4 carbines. This round replaces a lead-core bullet with a copper core. In tests, the upgraded cartridges are more consistent and effective from shot to shot. It can help cut down on the number of smart bullets fired. The pellet is slightly longer but weighs about the same.

The M982 Excalibur 155-mm precision-guided munition can travel 25 miles and has a seeker to identify moving, time-sensitive, and jam-resistant global positioning systems. It has a circular error probability of approximately 15 feet. The average cost per round is $54,000. 49 For 155-mm shells, the XM 1156 precision guidance kit has been created, which reduces the chance of circular error from 200 to 50 meters.

Despite the higher cost, a basic 155-mm round costs between USD 500 and USD 2,000, precision munition has a multifaceted impact. While 155-mm rounds and saturating area fire are still required, many fire missions need fewer rounds to have the same effect. As a result, the howitzers will require considerably fewer rounds to be conveyed. As a result, fuel consumption and the quantity and size of the convoy are lowered, making them prone to assault.

The M16 assault rifle, and its shorter and lighter counterpart, the M4, are the Army’s most basic assault rifles. The M16 is a gas-operated weapon with a target range of over 500 yards and a price tag of around USD 1,000. Since 1990, the M9 Beretta pistol has been in service. Special Forces frequently employ weapons that are distinct from regular forces, such as the Glock pistol.

The light M249 SAW (Squad Automatic Weapon), the medium M240, and the heavy M2 machine guns are all examples of machine guns. The medium and heavy arms appear on vehicles, helicopters, and boats. It is also known as the GAU-17/A by the Navy and Air Force. The HK MP5 is a compact, adaptable, and durable submachine pistol used by the Special Forces. Machine guns can fire at a high rate; the SAW, for example, can fire around 750 rounds per minute at a range of 1,000 yards. It is estimated to cost USD 4,000 per unit.

The Army’s missiles include the AT 4, launched from a standing position; TOW, an enormous anti-tank missile; and the new Javelin, a fifty-pound anti-tank weapon, launched from the shoulder. The TOW has a four-person crew and a two-mile range. The cost of replacing 13 units is to be USD 180,000. The Javelin has a shorter range and costs USD 125,000 per unit, with each anti-tank missile costing USD 40,000 or more. The Army and Marine Corps have around 13,000 Stingers in their stockpile, with a unit cost of USD 25–35,000 each.

Artillery system weapons, commonly known as cannons or howitzers, are divided into four categories. These provide support to other units, and a crew operates them. A Humvee or truck can easily tow the M119, which has a range of twelve miles. It can fire three rounds every minute for thirty minutes and requires a crew of five to seven people. The larger M198 requires a nine-person staff. It has a range of nearly eighteen miles and can fire four rounds per minute in short bursts. It is exceptionally accurate, with an impact radius of fifty meters for its 85-pound shells. Its replacement cost is to be in millions of dollars.

The new M777 is replacing the M198. It’s smaller, lighter, and has an extended range and digital fire-control system. The M109, or Paladin, on the other hand, is not towed. It’s a track vehicle gun that moves on its own. Grenade launchers or mortars are short-range tube weapons conveyed by an individual.

The Joint Direct Attack Munition (JDAM) refers to the system that allows existing unguided free-fall smart bombs to become accurate and weather-smart munitions. JDAM, a general-purpose smart bomb, has the ability to operate in all weather conditions. It comes with an inertial navigation system and GPS guidance system. The JDAM program is a joint effort between the Air Force and the Navy.

As the payload, the JDAM uses either the 2,000-pound BLU-109/MK 84, the 1,000-pound BLU-110/MK 83 or the 500-pound BLU-111/MK 82 warhead. Fighter and smart bomber aircraft can employ JDAMs against high priority fixed and relocatable targets. It is guided via a tail control system and a GPS-aided INS. The navigation system is initialized by receiving position and velocity vectors from the aircraft.

In the absence of a pilot, the JDAM self-navigates to the target location. Various methods can be used to load or modify target coordinates before takeoff, including manual adjustments by the crew and automatic entry through onboard aircraft sensors. When GPS data is available, the JDAM system will provide a weapon circular error of maybe 5 meters or less during free flight. As long as the aircraft provides GPS quality data on handoff, the JDAM can achieve a CEP of no more than 30 meters during free flight times up to 100 seconds.

It can be launched from low altitudes to very high altitudes in a dive, toss, or loft, and can fly straight and level in an on-axis or off-axis configuration. JDAM allows multiple weapons to be targeted at a single or multiple targets simultaneously.