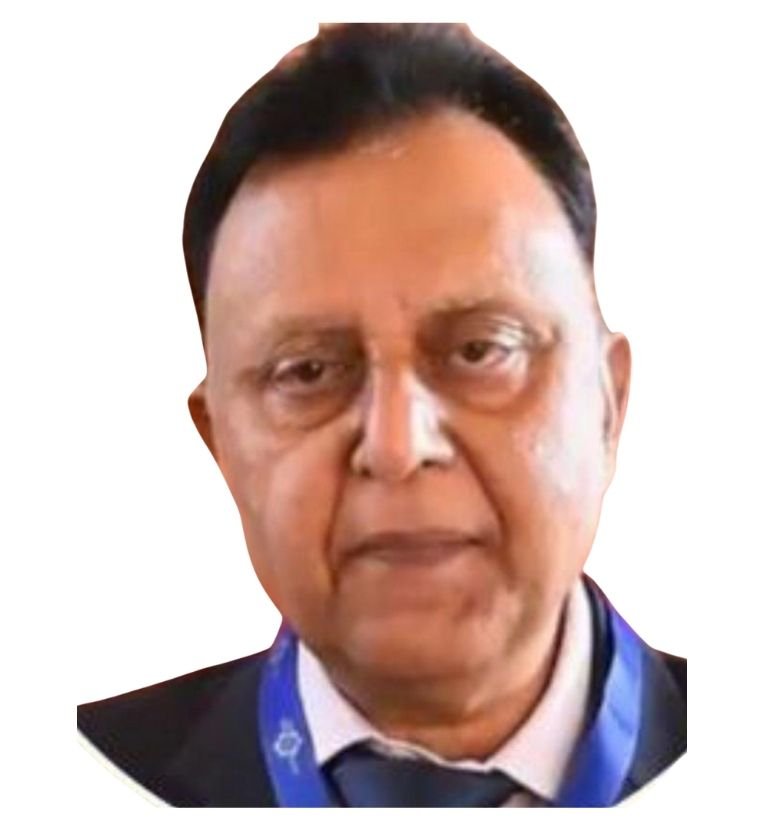 As Air Cmde, in the appointment of Command System Officer of Western Air Command, he ensured robustness of Cyber & Data Security grid of all WAC units. He held the coveted post of Air Officer Commanding of premier EW system, Base Repat Depot. As AVM he held the prestigious post of Commandant of the Software Development Institute, Bangalore.

Prior to his retirement in Sep 2018, he worked with ADE (DRDO) as GM of ATR, Chitradurga for 06 months and post retirement served 03 years as Advisor of Bharat Electronics Ltd till Sep 2021. He has domain expertise in Military Aviation and Data Security & Sovereignty Domain. He is a post graduate from IIT-Kanpur and an alumnus of Defence Services Staff College, Wellington, and is a recipient of Presidential award of Vishist Seva Medal in Jan 2016.

An Overview into Cybersecurity Segments

Regardless of cyberspace’s beginnings, what matters in today’s world is the existing structure of cyberspace and its potential future. However, the undersea cables show that the Internet is highly US-centric, or at least centered around the triad of North America, Europe, and Asia. There has been much consolidation in the infrastructure (root name servers, computation power, data flow, etc. ), investments, research, and users alike.

Knowledge and technology are currently being transmitted all across the world. Since it is impossible to install hardwired technologies quickly enough, mobile telephony is becoming an essential mode of Internet access. Technology is becoming more widely available, so we can see that the barriers to development are not economic or technical, but often political.

While the United States appears to be the dominant power in terms of the Internet and cyberspace today, as technology spreads, the number of users in the Western World becomes less concentrated. Due to the emergence of cyberspace, power is shifting from America to Asia. Without a doubt, China is the most influential player in this reorganization. The stakes are high, since if all 1.5 billion Chinese people had access to the Internet tomorrow, the entire configuration of China’s cyberspace, as well as the entire world, would be turned upside down.

From the Industrial to the Information Age, society has progressed. Its wars have moved away from mechanized warfare and toward information warfare. It is inevitable since informationized conflict requires informationized militaries – where data plays a crucial role in every aspect of the organization, from logistics to personnel to command and control.

Only in this way can information be shared and exploited in real-time to optimize its impact on operations. In many senses, then, informationized warfare is a battle between rival systems of systems. Each side tries to put together a complete picture of the situation to exploit their respective capabilities.

While India was one of the first countries to pass an Information Technology Act, establish a Computer Emergency Response Team (CERT), and even place cybersecurity responsibility within the National Security Council, it has since fallen behind other countries in responding to cyber attacks. India has been the target of numerous cyber attacks, ranging from attacks on vital infrastructure to criminality to the most recent expression of social media usage.

There have always been opportunities for governments and government agencies to conduct disruptive activities in cyberspace. These have been deferred, except for Russian attacks on Estonia and Georgia in 2007. However, as many actors enter the domain, cyber attacks become increasingly disruptive and even destructive. The fascination of using cyber as a means of launching non-lethal strikes has prompted forces both inside and beyond the area to employ these tactics to achieve politico-military goals, resulting in a never-ending cycle of retribution and counterretaliation.

As a result, Asian countries have been at the forefront of reshaping cyberspace to fit their perceptions and, in some cases, strategic objectives. While North Korea has closed itself off from cyberspace, Iran is developing a separate national intranet that does not connect to the Internet. While Saudi Arabia only has one entry point via which all data passes, China has the Great Firewall protection, which serves the same purpose. These restrictions function as virtual borders while also allowing for content surveillance under the pretense of national security. Policymakers in India are aware of the problems and have responded with laws, legislation, organizations, and methods that have evolved. India is in a chaotic cyberspace environment. It must strike a balance between its promises to an open, safe, and global cyberspace and the challenges to its national security posed by vulnerabilities in and through online.

Several air force modernization programs are ongoing with the objective of information control. If the adversary gains access to the network, it can potentially learn as much as friendly forces or, even worse, interrupt communications or corrupt data flows and storage. Even if the enemy’s knowledge of the network’s data is incomplete, a security breach would undoubtedly decrease the friendly information advantage, weakening the networked force’s effectiveness. Furthermore, the fact that all allies can constantly send and receive messages from the network can reveal their positions: enemies may use easy triangulation to leverage the increased dependency on communication security, even if they cannot decode the messages they intercept.

Cyber attacks have progressed from damaging and stealing data to gaining control of arms and infrastructure, resulting in increased disruption. The Stuxnet and Flame viruses that harmed Iran’s nuclear program, as well as the Iranian authorities’ successful operation to monitor an American RQ-170 drone, are examples of such instances. Today, cyber power plays an integral part in military operations as a means of global defense and offense. Cyber attacks can include espionage, military, and strategic data theft and corruption, denial of service attacks, and even command and control system control.

Cybersecurity is one of the most critical problems of connected vehicle networks that threaten the safety of personnel. Defense of Electronic Control Units (ECUs) and the Control Area Network (CAN) bus are the most critical elements in vehicles. Additionally, with the advent of 4G LTE and 5G remote communication security systems for vehicle-to-everything (V2X) communications, inter-vehicle communications security is another potential issue. The development of modern vehicular technologies has modified the conventional definition of defense, with a drastic growth in the application of electronic devices and wireless technology. In addition, the increasing interest in Vehicle Ad Hoc Networks ( VANETs) and Intelligent Transportation Systems (ITS) growth has included new security problems and vulnerabilities.