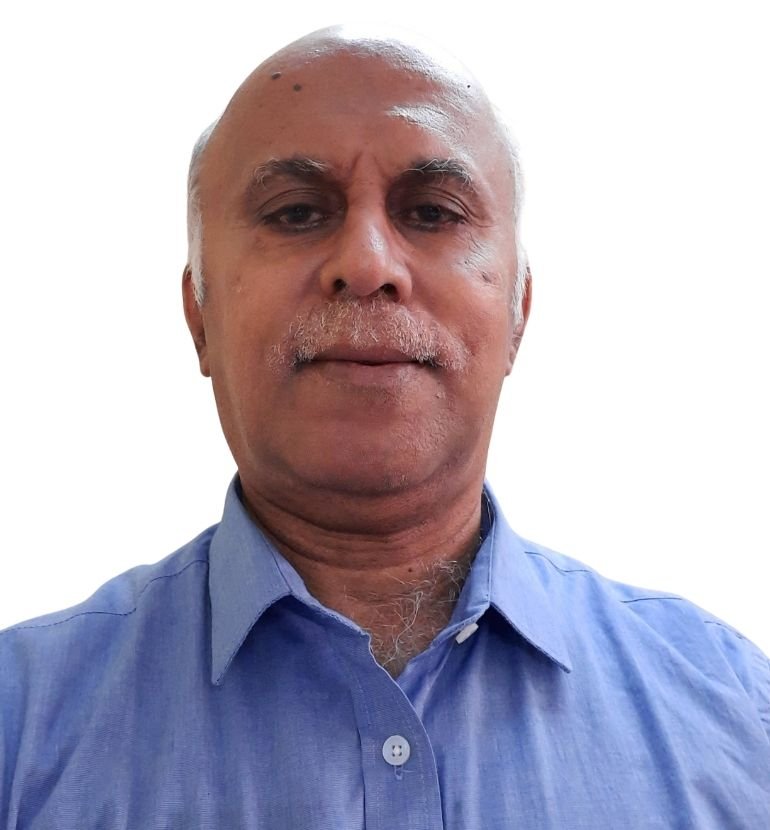 MP Benjamin Wing Commander (Retd.) was also a former General Manager at Overhaul Division, HAL Bangalore. He has a M Tech from IIT Delhi and also Masters in Defense and Strategic Studies. He is a certified Trainer of Trainers by NSDC. He was trained at the works of OEM in France on one of the Mirage 2000 aircraft systems. He has done capsule courses at IIM Ahmedabad, Bengaluru and Calcutta in areas of Strategic Management, Business Development and Leadership, etc.
He has nearly four decades of experience in Combat Support. These include 16 years at HAL, mainly in ‘D Level’ servicing (deep MRO) on platforms like Jaguar, Mirage 2000, Kiran and Lycoming Piston Aeroengine and their accessories.
In the 22 years with the Indian Air Force, he had field experience in the O&I level servicing of Mig 21s and Mirage 2000 aircraft, Maintenance Planning on a variety of aircraft fleets like Dornier, Avro, An-32, Iskara, Gliders, Helicopters, Mi-8 and Chetak (Alouette).
He has been part of high-level teams of HAL to countries like the U.K, France, Oman and Nigeria for Maintenance/ Upgrade Projects, International Air shows at Paris and London etc. Currently, he is a Director at the Society of Indian Aerospace Technologies (SIATI) and an active member of the Aeronautical Society of India.

An Overview into Combat Support and Service Equipment

The United States army’s objective is to combat and win its national conflicts by delivering quick, sustained land control in communication support of combatant commanders across the full spectrum of military operations and engagements. The capacity to equip and move its personnel to battle and sustain them while in combat is critical to completing this task. Military forces have grown significantly more effective and lethal as a result of technological advancements.

The United States Army has participated in an asymmetric warfare scenario for many years. In Iraq, the struggle began with near-conventional warfare, progressed to intense urban fighting, and finally concluded to bring stability to a country in chaos. In Afghanistan, conventional combat did not happen as entering forces first engaged in urban warfare before moving on to stability operations. In both situations, logistics began with the logistics support of frontline military operations that evolved into a comprehensive system that supported United States forces in Europe during the Cold War and coalition forces during the Vietnam War.

The army’s logistics efforts do not receive the attention necessary to enable the long-term effective sustainment of operational units on the battlefield. It is difficult to determine the final impact of logistics activities on Army capability, contrary to things that directly impact combat effectiveness. Logistics support difficulties are frequently ignored or postponed in R&D, analysis, exercises, and planning. As a result, when new systems or plans arise, the logistics company is forced to play catch-up, severely limiting its ability to communication support continuing operations. In addition to capability requirements, off-the-shelf solutions that create logistics burdens are outpacing the development and fielding of technologies.

Autonomous vehicle technology has the potential to automate military operations and enhance logistics. In high-risk or limited-access situations, autonomous and remote-controlled helicopters and precise airdrop capabilities can significantly reduce the demand for ground-based resupply of forwarding areas. Autonomous vehicles are efficiently performing resupply operations over the last tactical mile. It reduces the risks to supply vehicle operators and lightens the weight that small units currently carry.

Additive manufacturing is a developing capability for producing components for Army logistical system needs at the point of need and improving the Army maintenance network’s responsiveness. Efforts to enhance additive manufacturing are currently underway across the army and are close to being state-of-the-art. Given the prevailing heavy power demands and obstacles in base material management and standard-setting, more development will be necessary to fully exploit the benefits of additive manufacturing and make it generally used ahead of fixed facilities, such as depots.

There is no formal Army plan for logistical expenditure and related goals, such as a 25% decrease in fuel usage for a particular system. A strategy like this is essential to guide efforts to reduce logistics requirements and non-logistics material development projects that add to the army’s logistical load in the field. The Army G-4 and the Army sustainment community cannot successfully influence crucial R&D decisions without clear plans and goals.

Emerging technologies, such as the enhanced turbine engine program and high-efficiency drive systems, would result in considerable fuel demand reductions for aircraft, the M1 Abrams, and the M2 Bradley, as well as increased system efficiencies. Selective use of hybrid and electric vehicles in rear areas would reduce fuel demands. Auxiliary power units with high efficiency could cut fuel consumption while allowing for electric systems in vehicle design. As fuel cell technology, micro-and smart grids, and battery efficiency improve, the demand for fuel will drop. The provision of large-scale power sources is possible by using small modular nuclear reactors in the rear areas.

Developing more fuel-efficient engines is one of the best strategies to minimize fuel demand. The Improved Turbine Engine Program (ITEP) was developed by the United States Army to provide a smaller, lower-cost, 3,000-shaft horsepower engine for the aviation community. The goal is to give a 50% increase in power, a 25% reduction in fuel consumption, a 35% reduction in production and maintenance costs, and a 20% improvement in engine life. The ITEP plan aims to create a drop-in replacement system for the engine that now drives the AH-64 Apache and UH-60 Black Hawk helicopters.

The ITEP is part of the United States army’s Aviation Applied Technology Directorate Advanced Affordable Turbine Engine program. This program is part of the broader Versatile Affordable Advanced Turbine Engines research and development effort. The HPW3000 and GE3000 engines are designed by the Advanced Turbine Engine Company and GE Aviation, respectively, for this program. The Adaptive Versatile Engine Technology (ADVENT) engine, designed for high speed and high fuel efficiency, has been funded by the United States Air Force.

In terms of tonnage, soldier power is not a significant logistics demand. The army, on the other hand, is very interested in it. Improving troop power could minimize the battery load that soldiers must carry, reduce battery demand, and simplify patrol operations. Soldiers are equipped with enough backup batteries to last a 72-hour deployment. Because most devices’ batteries last about 8 hours or fewer, soldiers must prepare to swap out batteries for each of their systems numerous times throughout the length of a 72-hour mission. The total weight of all batteries a soldier is required to carry is around 14 pounds.

The soldier power operational energy projects examine how many batteries soldiers need to carry and how often they need to replace them. They also consider how to control the power of the engineering equipment they use. In addition, the army is looking at the possibility of net-zero energy, which refers to soldiers being able to generate enough energy to power their engineering equipment. Solar battery charging, lithium-ion batteries, and tiny radioactive power sources are all feasible technological alternatives. Charge indicators exist in some commercial batteries. Soldiers would have more trust in the charge state if it appeared on military batteries.

The future military strategy and the challenges facing future military operations will be discussed and debated as defense expenditure is being drastically slashed, with the army taking the brunt of the cuts.

The US Army is reorganizing its structure as troops depart Afghanistan in preparation for future operations and a likely reduction of forces. Army soldiers will prepare for an array of potential future conflicts, including asymmetric warfare operations against proxy groups and a confrontation with an enemy state possessed of weapons of mass destruction.

According to the army’s new operational concept, small units will move to distant places to coordinate interdependent actions, which will allow them to organize follow-on forces more rapidly. Additionally, the army needs to communication support Special Operations Forces (SOF) operating next to Army units in the field, work with overseas coalition partners, and function in an increasingly Joint environment.